One press outlet's story does not an industry-wide bias make 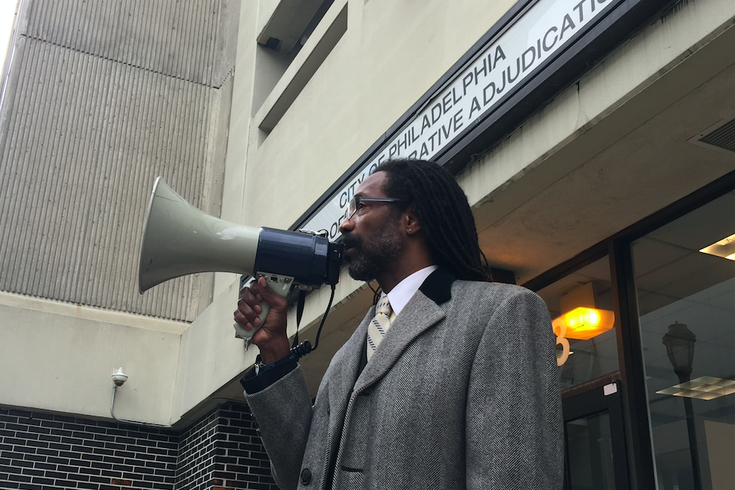 Standing by blanket statements is never a good look. Sure, mostly all of us have done it, but on Thursday night, several such violations caught my eye.

Let’s start with the one that involves Walmart, specifically a product sold on its website and even more specifically, a controversial T-shirt sold by a third-party vendor that deigns to incite people to lynch journalists.

The message on a garment pimped by a company called Teespring: “Rope. Tree. Journalist. Some assembly required.”

Some folks (namely those blind to – and brainwashed to avoid – any semblance of logic, tact and humanity) will derpingly write it off as a totally awesome joke protected under the First Amendment and payback for whatever grievance they have with a free press.

Their delusional narrative holds that journalists are the enemy of the state for not letting our Dear Leader do the job we elected him to do. And, they don’t even mind evoking ugly images from America’s past to do so.

Someone of that mindset may very well have already ordered one (or more!) before Walmart removed the shirt that “clearly violates our policy” from its site.

Walmart is to be commended for its decision, but the ideological damage was already done.

It goes against the very foundation upon which this country was built.

It speaks to a mindlessness so prevalent from sea to shining sea that America has devolved to an unrecognizable form.

It’s patently dangerous to wink-and-nod away a message that calls for killing a certain demographic of people based solely on the profession they – and I – chose to pursue.

But it will fail in its underlying motivation to make journalists think twice about doing their jobs.

With reasonable discussions all but dead when it comes to this sort of thing, it’s not even worth debating the shirt itself with those who think it’s acceptable. I’ve tried. It didn’t take.

They’re no better than people willing to write-off threatening robocalls about “derogatory” social-media posts regarding the president as a harmless prank.

They’re no better than U.S. Attorney General Jeff Sessions standing on a few phonebooks behind an ideological dais and declaring all sanctuary cities are ostensibly to blame for a San Francisco murder, and that they’re doing harm “to their citizens by refusing to cooperate with federal law enforcement officers.” (Never let a chance to politicize a tragedy get past you.)

That’s a broken-record type of argument as well, at the root at a heated ongoing debate surrounding Philadephia’s sanctuary city status for a while now.

As if that weren’t enough for crosshairs Thursday, a local controversy broke out over the Thursday afternoon presentation of an Inquirer story headlined, “Provocative police critic on DA-elect Krasner’s transition team.”

It takes a lot for me to weigh in on other outlets’ editorial practices, so you can debate that to your heart’s content as “provocative police critic” Michael Coard did in the fiery Facebook post seen below:

He also discussed it on Facebook Live, slamming the singular paywall-protected article (and "white folks at the Inquirer") insofar as it (and they) focused on him and not Krasner or the other members of the transition team.

I like Coard, cover his cases regularly (see here and here for starters) and fully respect his right to respond to stories that he thinks take his name in vain.

When a controversy’s ripple effects include an insulting blanket statement sent from an attorney on the West Coast, though, that’s when the tongue stops getting bit.

“Philly press are going to do everything they can to fearmonger, create phony scandals to delegitimize the new DA Larry Krasner who promises to address the racist apartheid of mass incarceration,” wrote “criminal defense attorney, social activist, documentary filmmaker, movement strategist (and) foundation director” David Menschel of Portland, Oregon.

(He also likened it to the whole Hillary Clinton-email controversy in a screed that mercifully didn't gather much retweet steam.)

Oh really? Well, that’s news to me, a Philadelphia journalist who not only weighed in on Krasner’s campaign but saw a litany of fair coverage from other outlets in the market.

Yes, each of the last 10 words in that previous sentence is hyperlinked to an example of even-handed coverage that the Krasner campaign saw fit to share on its website. (And, to his credit, Coard didn't rant against the media itself on Facebook Live, just the article in question.)

Fearmongering, faux-scandals and Krasner delegitimization has not been the media’s modus operandi.

To say it is actually qualifies as fear-mongering.

To say it is ignores the counter-criticism that the liberal media paved the way for Krasner's victory.

To say it is isn’t much better than laughing off that T-shirt shelved by Walmart.

It foments more unnecessary distrust in the Fourth Estate, which is the last thing we need these dangerous days no matter how many people buy into the fake philosophy that a free press is their enemy.