Lacrosse team bus catches on fire on the Schuylkill Expressway 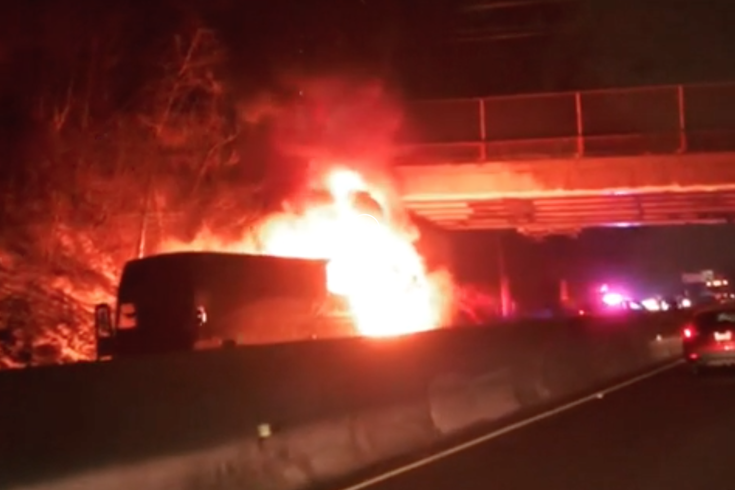 The fiery scene on the Schuylkill Expressway on Friday night.

Bus fire on highway, outside Philadelphia (I-76). Those flames look wicked from r/Dashcam

The bus caught on fire around Gulph Mills, according to KYW. In the video above, the bus seemed to be pulled over near Exit 329.

Ian Arave, a third-year Southern Virginia player, showed a sense of humor on Twitter about an otherwise scary scene:

My lacrosse team’s bus caught fire outside philly so I did the only thing any reasonable person would do pic.twitter.com/CMWN6XGGN3

According to Arave, the players were all able to exit the bus safely.

Southern Virginia is scheduled to play a game against Stockton University in Atlantic County on Saturday at 11:00 a.m.