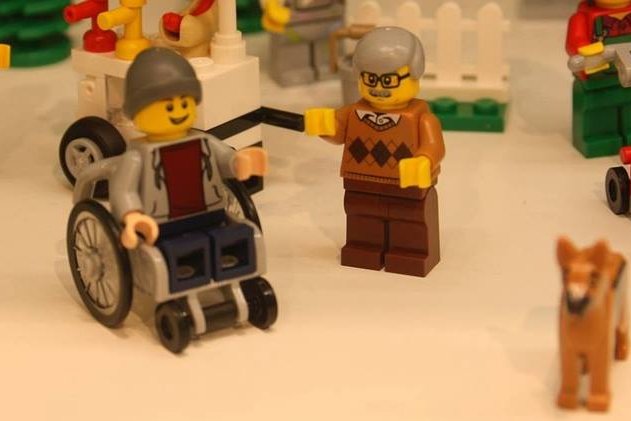 Lego announced the creation of its first mini-figurine in a wheelchair, a move toward promoting inclusion and acceptance for the approximately 150 million children with disabilities worldwide, The Guardian reports.

The inch-sized figure depicts a man dressed in a beanie and hoodie and is part of a "Fun in the Park" set planned to go on sale in June. The set also includes an ice cream vendor, bicyclist, dog and more.

The inclusion of the figure in a wheelchair comes following a #ToyLikeMe campaign launched last year that resulted in more than 20,000 signatures to a Change.org petition.

"These kids are arriving into a world where, even before they’ve left their mums' laps, they’re excluded or misrepresented by the very industry that exists to create their entertainment, the objects that fuel their development, the starting blocks of life: Toys!" the petition read.

Read the full report by The Guardian here.