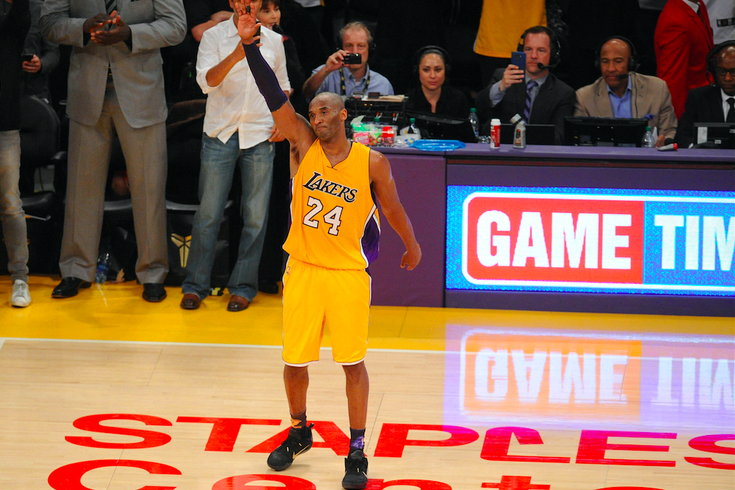 Lil Wayne performed his 2009 song, 'Kobe Bryant,' in tribute to the NBA superstar at the 2020 BET Awards Sunday. The performance featured footage of the Lower Merion-native's career with the Los Angeles Lakers.

Rapper Lil Wayne performed a tribute to NBA superstar and Lower Merion-native Kobe Bryant at the BET Awards on Sunday.

The awards ceremony, which was held virtually this year due to the coronavirus pandemic, featured a pre-taped performance of the rapper's 2009 song "Kobe Bryant." The performance was layered with footage highlighting the late basketball player's career and his legacy on the court with the Los Angeles Lakers.

Bryant and his 13-year-old daughter, Gianna, were among nine people killed in a helicopter crash in Calabasas, California, on Jan. 26. "My heart goes out to Vanessa and the whole Black Mamba family," Lil Wayne said. Vanessa Bryant was Kobe Bryant's wife.

"Rest in Power," he rapped, adding a shout out to the Black Lives Matter movement, "Let's hope for peace. Black lives matter, facts."

The rapper released his 13th studio album "Funeral" days after Bryant's death. He memorialized Bryant with a 24-seconds of silence on the album's eighth track, a nod to the Nos. 8 and 24 that the NBA star wore playing for Los Angeles. Lil Wayne also paid tribute to Bryant in his songs, "Young Playa" and "Dough is What I Got."