A new world of transportation is upon us, and it's bright green 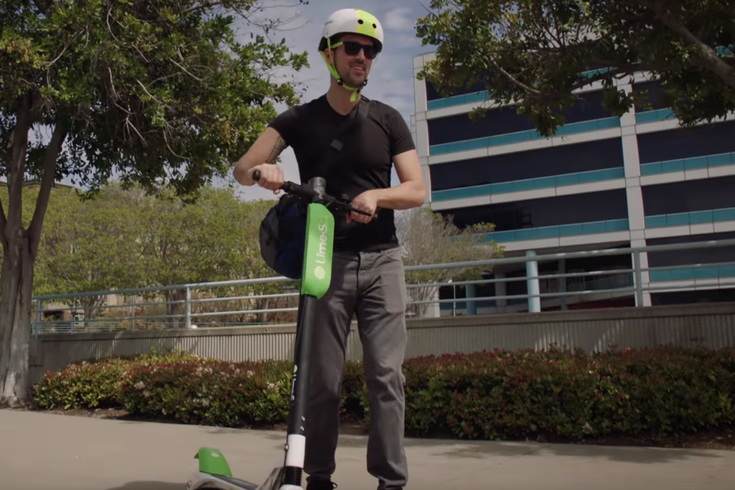 A Lime scooter in action during Lime's tutorial video.

It looks like the electric scooter revolution has begun in Philadelphia. Brace yourselves.

FALSE ALARM: Lime electric scooters are not available in Philadelphia ... yet

As of this morning, two scooters can still be found in Philadelphia on the Lime app, both parked just off East Lehigh Avenue up in East Kensington. 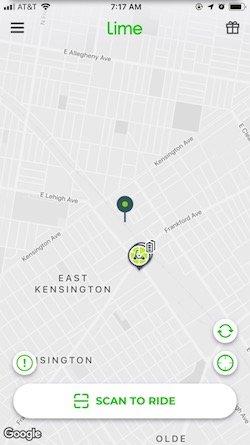 Just two scooters seems like a timid introduction into a city, but the closest official Lime location to Philadelphia listed on Lime’s website is Plainfield, New Jersey, some 80 miles away. Philadelphia is not yet listed on Lime's location page, but odds are good these are meant to be here, and they’re a sign of things to come.

Back in June, Philadelphia City Council passed legislation that cleared the way for licensing and regulation of vehicles like Lime’s scooters, which have taken other cities across the country by storm.

Dockless vehicles had a rough go just across the river in Camden, where a pilot program of dockless bikes from bike company Ofo was cut short after less than 100 days and 80 yellow bikes were left in a warehouse.