In a city that loves hoagies, how worried should Philadelphians be about the listeria outbreak tied to deli meats?

The CDC is investigating a listeria outbreak believed to be linked to deli meats and cheeses; So far it has infected 16 people in 6 states, including New Jersey 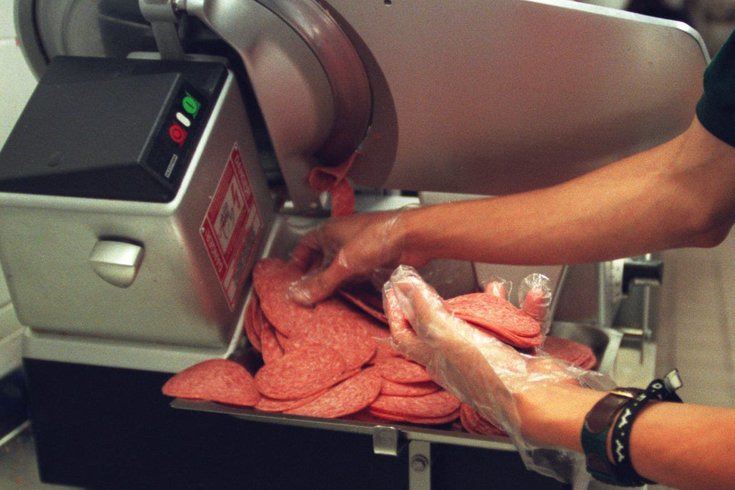 A multi-state listeria outbreak linked to deli meat and cheese has caused 16 illnesses, including one in New Jersey, 13 hospitalizations and 1 death across 6 states, according to the CDC. Dr. Jennifer Quinlan, a professor in the Nutrition Sciences and Food & Hospitality Management Departments of Drexel University, offers tips on avoiding listeria.

A listeria outbreak has been linked to deli meat and cheese purchased at deli counters in multiple states according to the U.S. Centers for Disease Control and Prevention (CDC).

The outbreak has caused 16 illnesses, including one in New Jersey, 13 hospitalizations and 1 death across 6 states, according to the CDC.  One person got sick during their pregnancy, resulting in pregnancy loss. The death occurred in Maryland, and other affected states include California, Illinois, New York and Massachusetts.
MORE: Nestle recalls batches of edible cookie dough due to plastic contamination

"It's a huge problem," Dr. Jennifer Quinlan, a professor in the Nutrition Sciences and Food & Hospitality Management Departments of Drexel University, told PhillyVoice. "The bottom line is, older adults, pregnant women and people on chemotherapy -- this listeria is deadly for these individuals. Listeria is not nearly as frequent as salmonella that we hear about, but people in these vulnerable groups are much more likely to end up in the hospital, and potentially die. So, it's a big public health issue from that perspective."

Listeriosis is a serious infection caused by the Listeria monocytogenes germ, which usually occurs after eating contaminated food.

The disease primarily affects pregnant women, newborns, older adults and those with weakened immune systems. Symptoms usually begin 2 weeks after consuming food contaminated with listeria, but can occur as soon as the same day or as late as 10 weeks after.

Infected people who are not pregnant may experience symptoms like headache, stiff neck, confusion, loss of balance, convulsions, fever and muscle aches. Pregnant people usually only experience fever, fatigue and muscle aches, but listeria can cause pregnancy loss, premature birth, and serious illness or death in newborns.

The CDC, along with public health and regulatory officials in several states, the U.S. Department of Agriculture’s Food Safety and Inspection Service (USDA-FSIS) and the U.S. Food and Drug Administration (FDA) are collecting different types of data to investigate this multi-state outbreak of listeria.

So far, data shows that meat and cheese from deli counters contaminated with listeria is the likely cause of the outbreak, but the investigation is ongoing as officials try to identify what specifically was contaminated.

"Investigators are still working to identify any specific products or delis that may be contaminated with the outbreak strain," Jasmine Reed, CDC Public Affairs Specialist, wrote in an email to PhillyVoice.

It was found that people infected by the outbreak range in age from 38 to 92 years, with a median age of 74, and 62% are male. Of 13 people with ethnicity information available, 11 are of Eastern European background or speak Russian.

The investigation has determined through interviews with the people infected by the outbreak that among seven sick people in New York, five bought sliced deli meat or cheese from at least one location of NetCost Market, a grocery store chain that sells international foods. Eleven out of the 12 people interviewed reported eating meat or cheese from deli counters in the month before they fell ill.

Deli meats -- cold cuts, lunch meats, hot dogs and pâtés sold at the deli -- and cheeses are known sources of listeria, because the germ can easily spread among food on deli countertops, deli slicers, surfaces and hands. In fact, a recent study published in the "International Journal of Food Microbiology" found that during the last five years in the U.S., over 90% of listeria cases were attributed to deli meats.

"The tricky thing about listeria and deli meats is that you could have a ham that has a little tiny bit of listeria and wouldn't make you sick, but if they slice it on that slicer, that listeria can get on the slicer," Quinlan said. "Slicers are inevitably hard to clean, it can multiply in a crevice or something somewhere, and then they slice something else, and then they slice something else. So the slicers in deli meats are often where they find the problem ... (Listeria) should never have been in something, but it might have been in something at such low levels. But then it contaminates other ones."

To spread state to state, Quinlan theorizes, an infected batch of meats or cheeses may have gone out to delis and come into contact with the store's slicers, causing it to spread that way. In other words, not every person who has fallen ill may have eaten the same brand or batch of deli meats, but the food they consumed might have come into contact with those infected slicers.

Listeria can be difficult to fully remove once it is in the deli, because it can survive and grow at cold temperatures in the refrigerator. This is also a concern once someone brings home the product to store in their refrigerator.

"The other important thing to think about lunch meat is you really need to throw it away within 3 to 5 days," Quinlan said. "That's because that listeria can grow. So if you've got listeria on your your deli meat, hopefully it's relatively low incidence. If you ate it within the first 1 to 3 days and you had a nice cold refrigerator, you might not notice. But by 5 days or more that listeria has now had time to grow in your refrigerator. We definitely know the temperature of your refrigerator matters with listeria, just a few degrees above the recommended temperature of 40 to 45 will let listeria grow much more quickly."

In Philadelphia, a city known for its hoagies and cheesesteaks, what can residents do to protect themselves from this outbreak?

Along with keeping deli meats refrigerated at the recommended temperature of 40 degrees and throwing it out within 3 to 5 days, Quinlan also offers the following recommendation: