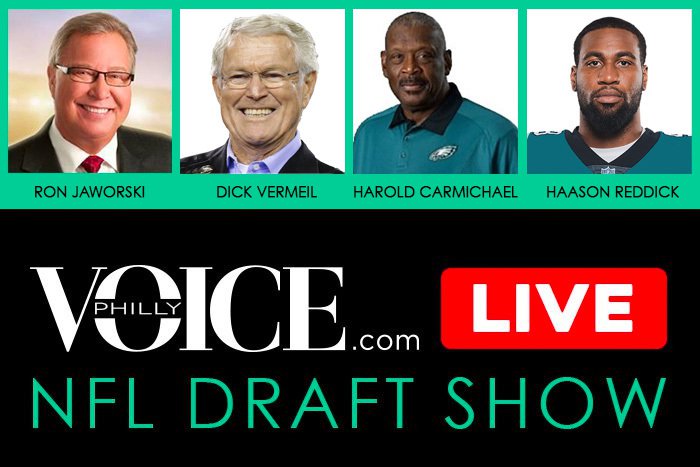 The Eagles are heading into the 2022 NFL draft with essentially a totally blank slate. They have a bevy of needs, two first round picks and with less known about how the top of this draft will go than ever before, it could make for an interesting night for Howie Roseman and company.

Watch all the analysis, live breakdowns and, of course, hot takes from Eagles insiders, former players and this cast of experts:

How does Jimmy Kempski see things playing out for the Birds?

Which players would Vermeil most like to have had on his teams back in the day?

Get live, 100% Eagles-related feedback for every pick leading up to Philadelphia's first pick at No. 15 as well as analysis from current and former players and coaches.

The Eagles have 10 picks in the 2021 NFL Draft, and the first round kicks off Thursday with Philly picking right in the middle of the action. Here's the slate of picks for the Eagles for the three-day event:

Check out mock drafts from both Jimmy Kempski and Shamus Clancy to prepare you for the draft:
In a full first round mock draft, Jimmy has the Eagles selecting Georgia defensive tackle Jordan Davis with the 15th pick and Arkansas wide receiver Treylon Bruks with the 18th pick.
In a full first round mock draft of his own, Shamus has the Birds taking LSU cornerback Derek Stingley Jr. (15th) and Burks (18th) as well.