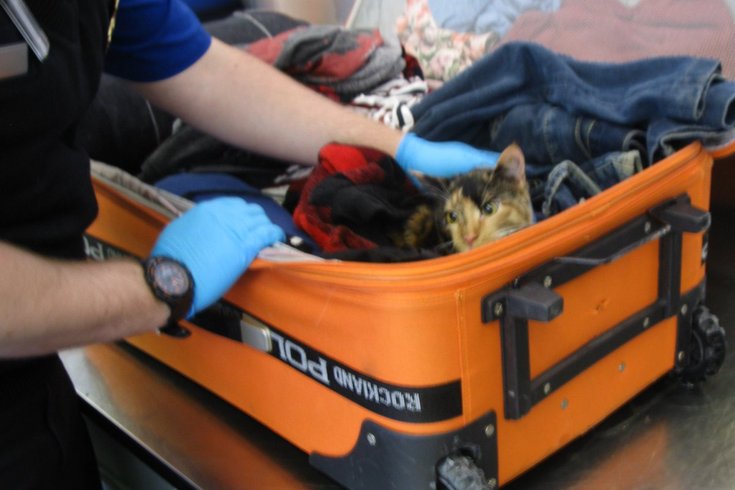 Slim was found in a checked bag at Erie International Airport.

The Transportation Security Administration is reminding travelers not to pack live animals in their luggage after someone at a Pennsylvania airport did just that.

TSA spokesman Mike England took to Twitter on Thursday to reveal what an agent discovered in a checked bag at Erie International Airport: a six-month-old kitten named Slim.

"While this could have been extremely dangerous for the cat, Slim is just fine and is currently under the care of the Humane Society," England wrote.

After the incident, the TSA tweeted out a blog post called "Taking your human on a plane: what every pet needs to know." Among the tips is to use a travel carrier for your pet when flying.

Travelling pet owners also are reminded to keep their animals on a leash while they're outside their carriers, not to put them through the X-ray tunnel and to check with their airline's official pet policy before flying.

And again, don't put them inside a suitcase.

It looks like @TSA officers at @ErieAirport (ERI) let the cat out of the bag! (Really!) This beautiful 6-month-old female kitten named "Slim" was spotted curled up among the clothing inside a checked bag. Per @GoErie News: The kitten is now with the local @HumaneSociety. pic.twitter.com/YRmRVtyHPM