Love, chocolate and your heart 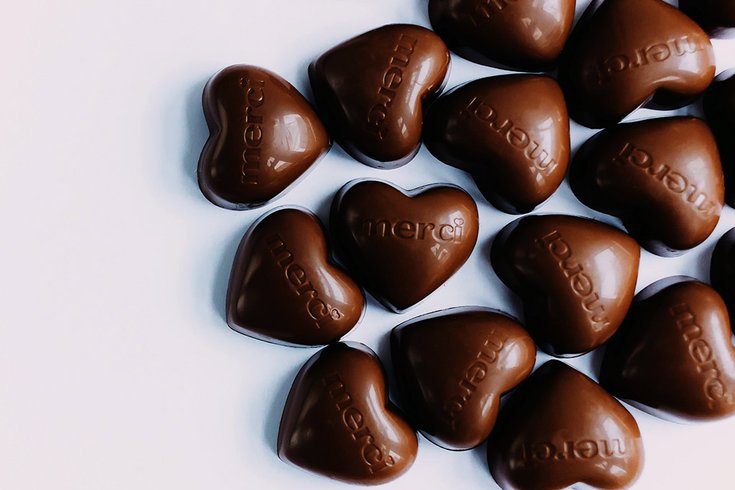 Dark chocolate, made from the cocoa bean, has a wide variety of antioxidants including flavanols and polyphenols that improve flow in the arteries and possibly result in lower blood pressure.

February is Heart Month. It was established in 1963 by the U.S. Congress to bring awareness to the battle against heart disease. Is it by coincidence that Valentine’s Day, a commercial celebration of the affairs of the heart, love and romance, falls within the same month? And what does love have to do with the heart?

Although falling out of love may be risky to the heart — a conversation for a future date — there are no known risks to the heart when falling in love or when developing close relationships. Falling and being in love have many positive effects on the heart. They cause the release of chemicals (hormones) that create a sense of energy and euphoria that can trigger goal-oriented behavior.

One of the hormones released is oxytocin which some have nicknamed the “love hormone” or “cuddle hormone.” When released by the brain it creates a sense of attachment, calmness and peace. Whether it is this sense of euphoria or a result of its function of the hormone itself, this results in lowering of one’s blood pressure which is healthy for the heart and one’s general health.

RELATED READ: Will an aspirin a day keep a heart attack away?

Unlike hormones such as testosterone and estrogen, which are associated with lust and attraction, the attachment effect of oxytocin is paramount to long-term relationships. Studies have shown that individuals who are married or in committed relationships live longer than single people.

In a study published this past December in Heart, scientists analyzed the effect of marital status on the incidence of heart disease. In this analysis that included more than 2 million individuals, the authors concluded that compared to married individuals, unmarried people (including those never married, divorced or widowed) had a higher incidence of coronary heart disease.

In addition, both single men and women who sustained a heart attack had a worse prognosis with a higher risk of dying. Widowers were noted to have a higher risk of having a stroke. Thus, romantic partnerships not only provide companionship but may also make you healthier.

So, this Valentine’s Day, what should you get that loved one? For many, chocolates may be a good option. Although we often discourage our patients from consuming sweets, including chocolate, due to the excess and often unnecessary calories, chocolate may be beneficial to the heart.

Several long-term observational studies have demonstrated that eating chocolate may lower the risk of heart disease. Most of the benefits come from dark chocolate made from the cocoa bean, which have a wide variety of antioxidants including flavanols and polyphenols that improve flow in the arteries and possibly result in lower blood pressure (although the latter has yet to be confirmed by any large study). Dark chocolate is rich in fiber and minerals and has relatively little polyunsaturated fat. Dark chocolate has also been shown to reduce LDL, the “bad cholesterol” and increase HDL, the “good cholesterol.”

In one small study of 450 elderly men, cocoa intake was associated with lower of blood pressure with a 50 percent reduction in cardiovascular mortality over a 15-year period. Another study revealed that eating chocolate two to three times a week was associated with less plaque buildup in the coronary arteries.

In a National Heart and Blood Institute study of almost 5,000 individuals, the consumption of chocolate was associated with a lower incidence of coronary heart disease. In a 2011 study of more than 100,000 people, individuals eating chocolate cut the risk of heart disease and stroke by a third. (If you’re someone who is sensitive to sugar, like those with diabetes or those who are overweight, you would be best to avoid the sweet stuff.)

This Valentine’s Day, when you give that special someone a delicious box of dark chocolates, after you say “I love you,” maybe add “here’s to your health.”