Off The Map: Kensington fitness club looks to make a difference 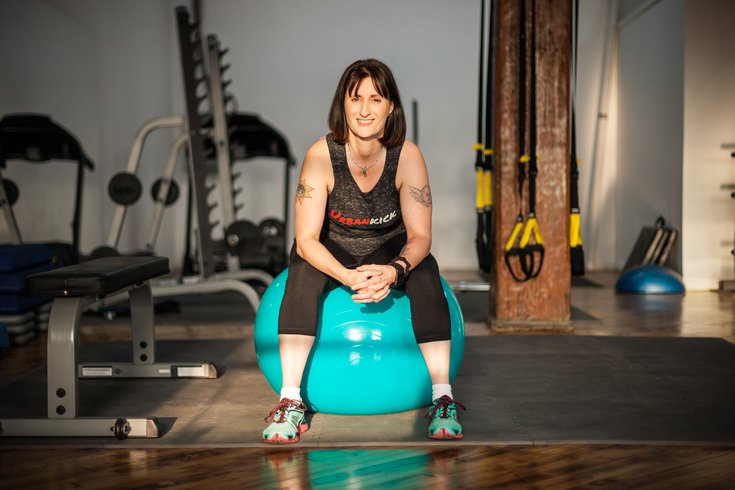 When you Google "Kensington Philadelphia" the first result is Wikipedia.

The second is "Philadelphia's Kensington Avenue: Heroin, Prostitution and No Police."

The next few search results echo the same negative sentiment — and understandably so. Kensington has at times been branded one of the poorest neighborhoods in the state. And very few people are old enough to remember when Kensington thrived under a booming industrial economy.

Over the past few years, however, that has begun to change — and it’s not just because of gentrification. Kensington's families, artists and small businesses seem to have become more intent on revitalizing the area.

One of the businesses helping to change North Kensington from the inside out is Hooked On Fitness located at 426 E. Allegheny Ave., in a big brick building that was once a silk mill. Owners Brian and Michelle Pallozzi have created a sweaty oasis for locals (and everyone else) to get in shape in a community atmosphere. Michelle, also a lead trainer, has been a finalist in local and regional fitness competitions all around the age of 40. At Hooked On Fitness you won't find the fanciest gym equipment but you might find people willing to travel across town to support your autism fundraiser. 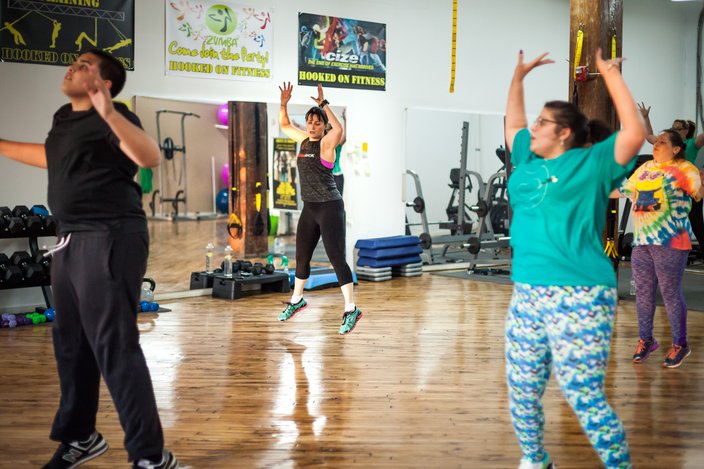 But don't get me wrong, Hooked On Fitness lives up to its name.

It was voted one of the Best Budget Fitness Centers by CBS Philly. You won't quite understand the impact the club has had on its members is until you talk to the Pallozzis.

"Bob is a perfect example," Brian says, motioning toward a middle-aged man enthusiastically attacking a Zumba class. "Bob was able to get off every piece of diabetic medicine he was on while dropping 30 pounds and lowering his blood pressure." Brian surveys the room, pointing out more success stories. He even shares before and after photos of people standing in front of me who look even slimmer in person than their after photos. And with huge smiles on their faces, you get the sense that Michelle and Brian actually care.