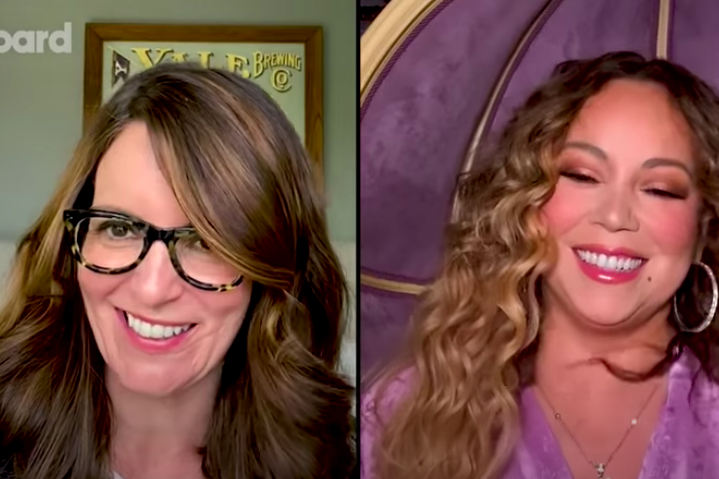 "Could you tell by anything that I'm wearing that I might have seen the movie once or twice?" says Carey, a superfan of the 2004 film written by Fey. "My necklace is an 'M' version of the 'R' that Regina and the 'C' that Cady have."

Carey has watched "Mean Girls" countless times and says recently her daughter, Monroe Cannon, has become obsessed with the movie, too.

The singer teased Upper Darby-native Fey about song she chose for the Christmas pageant scene when the Plastics dance to Brenda Lee's "Jingle Bell Rock." Carey suggested another iconic Christmas song could have worked just fine.

"I'm a little bit disappointed that they're not dancing to my song, but 'Jingle Bell Rock' is a little bit older than 'All I Want for Christmas is You,' so that's okay," Carey says. Fey replies Carey would welcome offer the song for the upcoming "Mean Girls" musical. "If you wanna license us that song for the movie and also be in the movie, just say nothing now, and we’ll consider it legally binding," Fey joked.

Watch the episode for "Mean Girls" facts and trivia below.