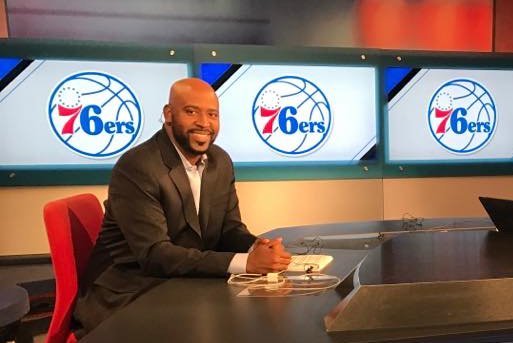 One of the more prominent voices in Philadelphia sports media broadcasting will soon be traveling to the West Coast.

Marshall Harris, who's been a fixture in Philadelphia for the last decade, announced Tuesday that he'll be taking over as sports director for CBS Sacramento.

I’m beyond excited to share I’ve accepted a new challenge in this journey we call life. I’m joining @CBSSacramento as Sports Director.

Thank you Philadelphia for ALL the love over the last decade. I’m hyped to head west on a brand new adventure!

Harris was among a long list of personalities to leave or be let go by NBC Sports Philly as the network transitioned from its CSNPhilly model over the course of the last two years.

He's continued to host shows in the late night slot at SportsRadio 94WIP and appear on the "Zero F's Given" podcast.

Harris expressed gratitude for covering Philadelphia sports and was happy to see the pair of championships that bookended his time here.

Philadelphia is so much more than just a place I live. It’s the home I love thanks to the great people I’ve met. It’s truly been an honor and privilege to bookend my time here covering World Series and Super Bowl championship teams and connecting with this city through y’all.