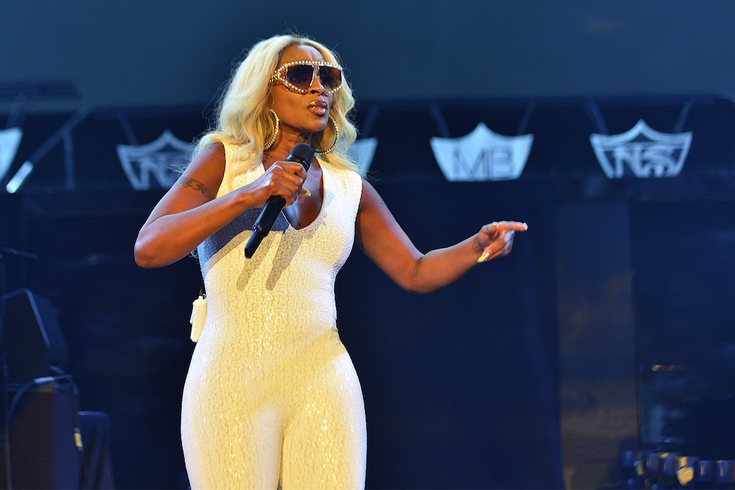 Star R&B artist Mary J. Blige will try her hand at TV for the first time with a new series based on the life of Thelma Wright, the Philadelphia queenpin who became a force in the international drug trade during the late 1980's.

The Grammy-winning artist, who's had an acting career for more than two decades, will executive produce "Philly Reign" for USA Network under her newly created Blue Butterfly Productions. She'll join up with “Empire” writers JaNeika and JaSheika James to develop the series, according to Variety.

Thelma Wright became a shadowy figure despite growing up fairly well-to-do in South Philadelphia. After attending Temple University, where she studied real estate management, she spent several years in Los Angeles as a design entrepreneur.

When Wright returned to Philadelphia in the late 1970's, she met her future husband, cocaine and heroin smuggler Jackie Wright. His brutal murder in 1986 left Thelma Wright with a bleak decision — take over the drug business or start from scratch raising the couple's son alone.

At her height, Wright was raking in more than $400,000 a month transporting cocaine and heroin between Philly and Los Angeles, earning nicknames like "Boss Lady" and "Queen Pen."

A near-death experience during a 1991 shootout led Wright to abandon the drug game. She escaped without legal consequence and managed to continue her life quietly until 2011, when she published her tell-all memoir, "With Eyes From Both Sides – Living My Life In and Out of the Game."

A timeline for the development of "Philly Reign" isn't clear at this point.

Blige recently appeared in Netflix projects "The Umbrella Academy" and "Mudbound," for which she received Academy Award nominations for best supporting actress and best original song.