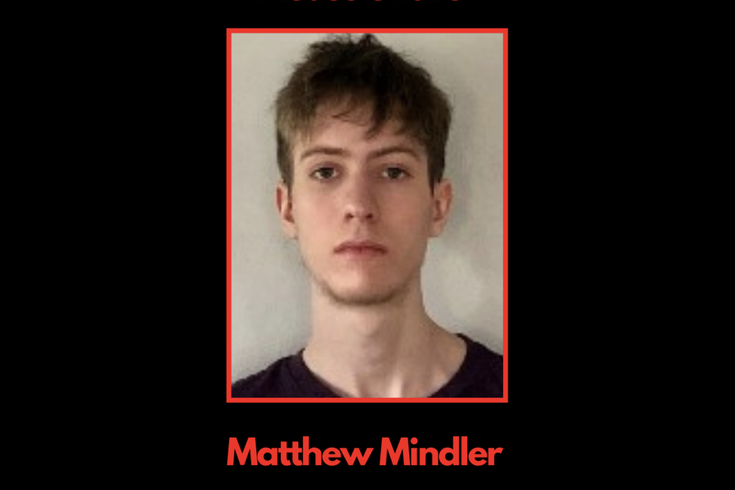 Millersville University student Matthew Mindler, 20, has been missing since Aug. 24. Mindler's family and university police are working together to try to locate the first-year student from Hellertown.

Millersville University Police are searching for a 20-year-old student who went missing Tuesday evening and has not been reached by concerned family members.

Mindler had attended his classes on Monday and Tuesday, but didn't show up to classes on Wednesday or Thursday. He was reported missing Wednesday night after his family was unable to reach him.

At the time of his disappearance, Mindler was wearing a white Millersville University hooded sweatshirt with black stripes on the arm, a black backpack, jeans and white sneakers. He left with a backpack.

📣 PLEASE SHARE 📣 Police are asking for help in finding 20-year-old Matthew Mindler, a first-year student from...

University Police have been in contact with Mindler's mother and are working with campus staff for assistance in locating him. A missing adult report was filed with the National Crime Information Center on Thursday. Local police departments also have been notified of Mindler's status.

Anyone with information on Matthew Mindler’s whereabouts is asked to contact Millersville University Police at (717) 871-4357 or chief Pete Anders at peter.anders@millersville.edu. Information can also be confidentially reported through the Millersville LiveSafe Safety App.