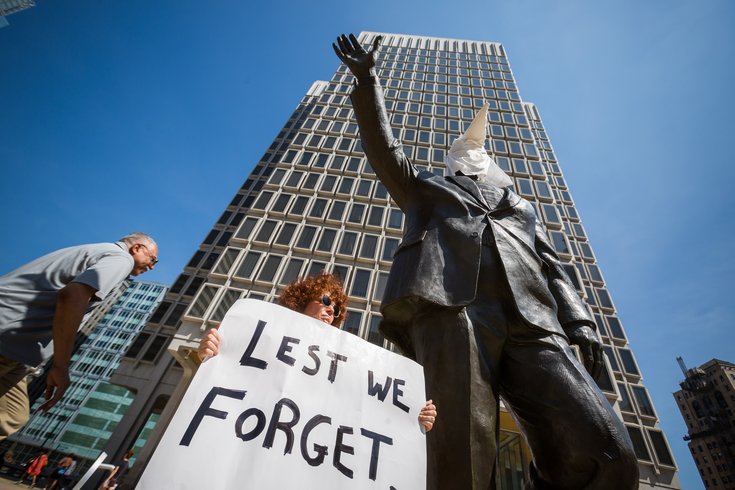 Philadelphia Mayor Jim Kenney said Friday that the city is still exploring options for where to move the Center City statue of the man who once held his job, the late Frank Rizzo.

During an #AskKenney session on Twitter, during which the mayor responds to residents' questions, Kenney said that officials are "narrowing down the options."

Once a new location is picked, the city will have to conduct a feasibility study, the mayor said, suggesting that the eventual relocation is still in the relatively distant future.

Yes, we are relocating. We're still considering potential sites based on feedback from the public survey. Narrowing down the options. Once we identify a preferred site, we'll conduct a feasibility study. #AskKenney https://t.co/fMwyLKzxM0

The city announced in November that the 9-foot-tall bronze statue of Rizzo, who served as police commissioner before being elected mayor in 1971, will be moved to a new spot after months of protests.

Those who want Rizzo's statue moved point to his tenures as police commissioner and mayor, saying they were marked by brutality and discriminations against people of color and the LGBTQ community. Rizzo's supporters say his law-and-order approach was good for the city.

Amid calls for the statue to come down from its location in front of the Municipal Services Building, it was vandalized several times. Philadelphia asked residents to submit their ideas for what to do with the statue, and after collecting more than 3,600 submissions, officials opted to eventually move it somewhere else.

The battle over Rizzo's statue is a microcosm of the national conversations on controversial monuments and symbols, particularly the Confederate flag and statues that honor the Confederacy's soldiers, and whether or not to take them down.

Rizzo's statue isn't the only public display that's sparked debate in Philadelphia. Some have also called for the removal of a mural — also vandalized several times — of the former mayor in the Italian Market.

In March, the city's Mural Arts program announced it was taking public feedback on what to do about Rizzo's likeness on the side of a building at Ninth and Montrose streets. 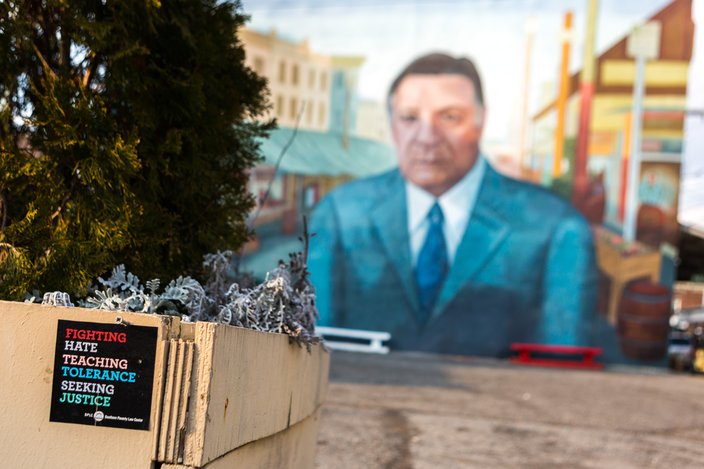 The program received more than 1,000 submissions, but ultimately, it won't make the final decision. As Philly.com reports, that will be up to the building owner, David Neukirch, who has said in the past he doesn't want to be involved in the matter.