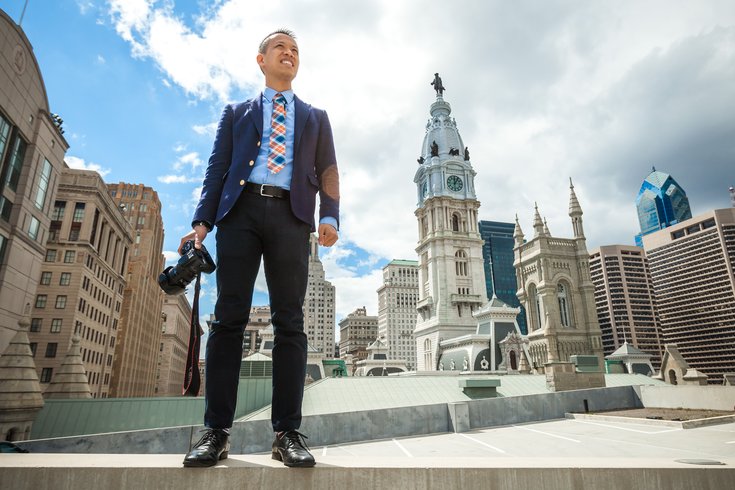 South Kensington on a sunny Saturday morning: it’s quiet. Two men sit on their stoop and discuss sports under the watchful eye of their 8-week-old pitbull. Aside from them, there is no one to be seen. A police car is parked nearby; though a discarded plank of wood decorated with a “no trespassing” sign thrown onto the sidewalk is the only sign of life for blocks. A gigantic willow tree sways in the breeze, its leaves ruffling and drowning out the sounds of the city.

Instead of carefully curated coffee shops on every corner, each block is dotted with colorful, mismatched rowhomes – some crumbling, some pristine. They’re lovely in their own way. Though rich in history and culture, it’s a world that’s little-known outside of those who inhabit it.

Most of us don’t see this side of Kensington. We know of it what we see on the news but like every other part of our city, this neighborhood is full of stories waiting to be told. More Philadelphians are realizing this and traveling beyond the beaten path to document forgotten neighborhoods using photography: and there’s a growing community for it. 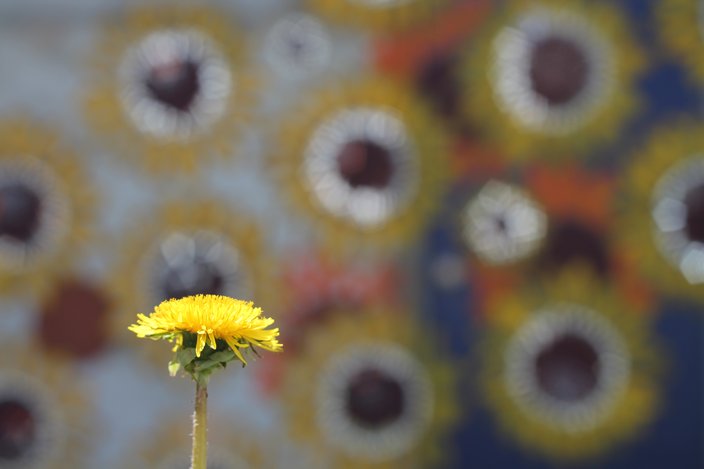 There are a few key players in the Philadelphia Instagram game but you don’t have to look far to find “urphillypal,” a local photographer named Albert Lee. He’s one of the organizers who put together a meetup in rarely-’grammed Kensington. His goal? Cultivating that community. He, along with other Philly Instagrammers Chuck Bonfig and Jen Cleary invited photographers – pros and iPhone enthusiasts alike – to capture Kensington using the hashtag #SeldomSeenPHL to pique interest in less-explored parts of the city.

For Lee, this “newfound” interest in exploration has been in the works for quite some time. Having worked in tourism for over twelve years, he says he was able to see the city through the eyes of a tourist, and a lot of the time, he didn’t like what he saw. He was taken back by all of the negativity surrounding the city and the violent reputation it has to outsiders. He wanted to do something positive; something to draw visitors in when they could just as easily visit nearby New York or Washington, D.C. He began documenting sights of the city with positive messages. 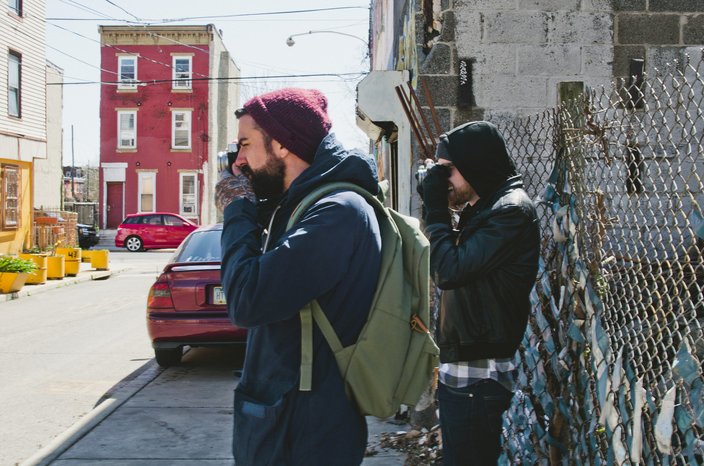 He, like many other Philly residents, knows the landscape of the city is changing quickly, hot on the tails of Pope Francis’s visit and with the DNC coming to town this summer. With Philly in the spotlight, the creative community is stepping up to showcase all that Philly has to offer to the world. For Lee, images simply aren’t enough .


“Pictures only tell so much of a story,” he says. Getting people together was the natural next step. Using connections from his tourism days, he started brainstorming engaging ways to get the community together. “I know the city, I know what people want to see,” he says. “I didn’t want to be ‘singled out,’ but no one else was stepping up,” he adds. With that, he planned his first “Instameet,” a movement that has been growing ever since. 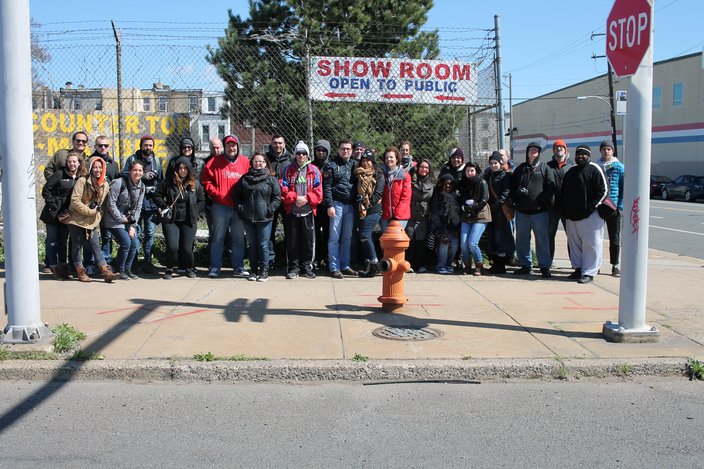 Some of the attendees at a recent #SeldomSeenPHL meetup in Kensington pose for a group shot.

Lee along with other Philly influencers have put together over 25 meetups, from The Navy Yard for a park preview, to Longwood Gardens to promote their Christmas exhibit, to an empty Adventure Aquarium for some after-hours exploration. All of them are carefully planned and intended to drum up interest in residents and visitors alike.


Out of all of those treks, Lee’s favorite was inspired by a Steven Pinker quote on a bag from his favorite burrito joint. These words of wisdom graced the side of a Chipotle bag and said, “we will never live in a perfect world but it’s not romantic or naive to work toward a better one.”

For his next meetup, he began searching for businesses who have invested in less-frequented Philly neighborhoods. “We have over 200 neighborhoods here in Philadelphia. We need to get to know all of them,” he urged. Fittingly, he found a Chipotle restaurant in North Philly that was on board. IndeGo also chipped in, offering up bikes for the group to use. They met up as strangers, toured the neighborhood on bicycle, then broke bread as friends. 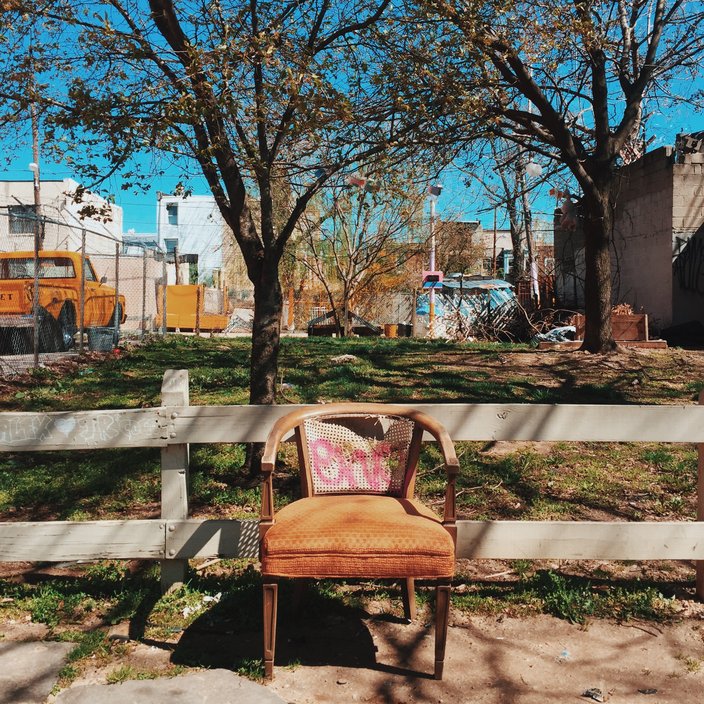 “It’s really important that people have an opportunity to see things they wouldn’t have seen,” Lee remarks, adding “it’s about improving the atmosphere of the city.”


He says more and more people on Instagram are wanting to get together, explore, and shoot. It’s not a terrible problem to have, and Lee says it’s refreshing to see that the community is realizing the difference between just featuring art and taking the time to grow relationships. It takes about a month to plan a meetup but the end result is always worth it. People, united by their love for photography and Philly, brought together to form a community of artists showing a different side of the city.

If you’re interested in joining the local Philly Instagram community for a meetup, Saturday, April 23 is the World Wide Instameet, and Albert has some plans in the pipeline. The WWIM happens to be on the same day as the PIFA Street Fair, and there will be an outdoor block party hosted by another Philly Instagrammer, @ccphilly. Follow the tag #WWIM13_ccphilly for more information.