Forbes 30 Under 30 chef dishes on her tasty treats 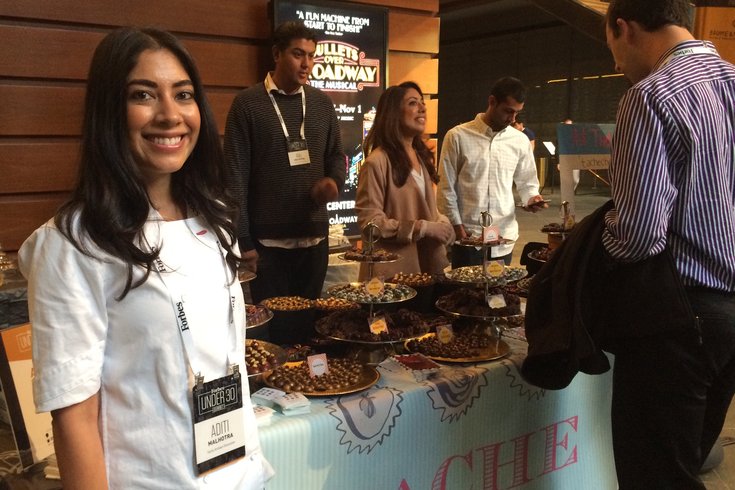 The Forbes Under 30 Summit has once again entered the City of Brotherly Love, meaning influencers from all over the world will be making appearances, networking and touring Philadelphia through Wednesday. But to kick it all off Sunday, Forbes held the Under 30 Food Festival at the Kimmel Center to celebrate their famed list's top chefs.

They chose nine contestants from their 30 Under 30: Food and Wine list to compete for the ultimate title of best young chef: Christopher Coombs, Joseph “JJ” Johnson, Jesse Schenker, Jeff Mahin, Giorgio Rapicavoli, John Lasater, Aditi Malhotra, Kelvin Fernandez and Jason Pfeifer. They each prepared their best dishes for the judges – which included Forbes editor Randall Lane, and Taylor and Isaac Hanson – and the guests to taste during a night of mingling and live music.

In the end, chef Joseph "JJ" Johnson of New York City won the Judge's Choice Best Chef award while Chris Coombs took home the People's Choice prize. But during the competition, we were drooling over Aditi Malhotra's table, the night's sole female contestant. 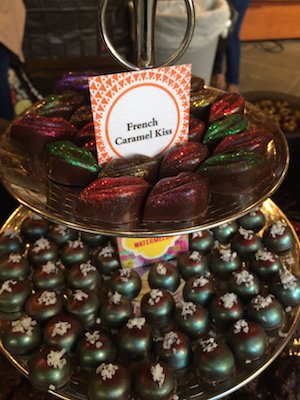 Malhotra is the owner of Tache Artisan Chocolate, a chocolate shop in New York City. She specializes in dark chocolate and truffles, creating spiked and spiced confections that are as surprising as they are addictive. The name "Tache" is French for spot, a reference to how Malhotra is often found with a splotch of chocolate on her chef's coat.

When asked how she felt representing women in the competition, she smiled. "I can’t even tell you how bada** I feel!"

"But I’m just rolling with it and having fun. I can’t think too much about how it is a competition. I truly believe there’s no such thing as competition. I think everyone feeds off each other."

Malhotra was the only pastry chef in the competition, providing the lone sweet bite in a sea of savory hors d'oeuvres. Her beautiful display was stacked with French Caramel Kisses, Spice Chai bites and Coconut and Watermelon Truffles, a seasonal summer treat that proved so popular Malhotra added it to the regular menu. 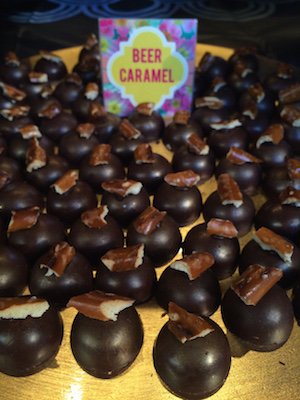 "I feel like I’m holding down the fort and representing all the other pastry chefs and chocolatiers out there," she said. "It’s a very niche business that a lot of chefs tend to overlook when it comes to culinary competitions such as this one."

Due to the nature of creating chocolate, Malhotra prepared her treats prior to arriving at the Kimmel Center, while the rest of the chefs created theirs just before guests walked in. Before the competition began, she said the other chefs might think this gave her an advantage, but she put in hours of work before presenting her dish.

"I hand-painted every single piece of chocolate, I handmade every single one of the fillings – there’s a lot of love and it’s going to show every time someone takes a bite," she said.

Though the Forbes competition didn't include any chefs representing Philadelphia, Malhotra is well aware of the city's foodie status. Her favorite spot?

"Garces Trading Company!" she said, "I just love the atmosphere in there. I love going to pick up a bottle of wine from right next door and then going inside to eat. It’s so delicious."