More episodes are on the way, as the couple signed a multi-year deal with Spotify 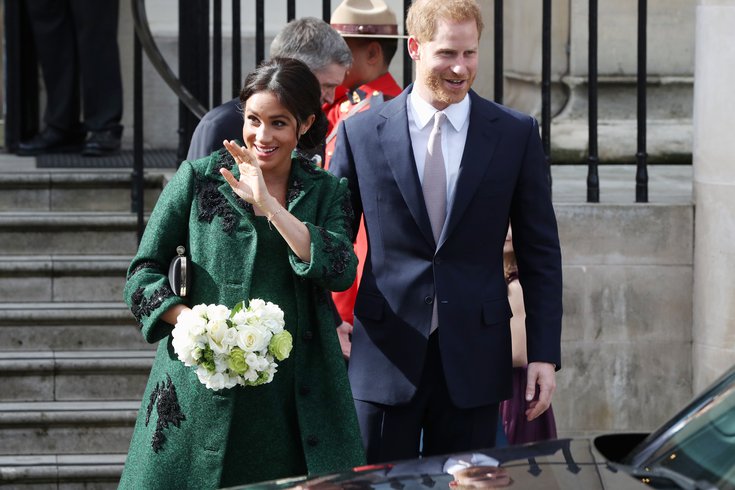 Following podcast launches from Michelle Obama and Oprah comes another celebrity show to tune into.

Prince Harry and Meghan Markle launched a podcast in partnership with Spotify's Gimlet studios, Time reported. On the show, the pair invite guests from their son Archie to Elton John to record audio diaries explaining what 2020 meant to them.

The first episode dropped on Tuesday with a Holiday theme. Harry opens the episode with the question "Fill in the blank— 2020, the year that … blank."

"It's been a year, and we really we want to honor the compassion and kindness that has helped so many people get through it," Prince Harry said in the beginning of the podcast.

"And, at the same time, to honor those who've experienced uncertainty and unthinkable loss," Markle said.

Instead of a traditional Q&A interview, the couple asked their guests to record audio diaries to explain what 2020 means to them.


"We were curious to hear what they'd reflect on when they had a moment to themselves," Harry said, according to the Guardian. "Without navigating the sometimes awkward dance of a video chat, meaning no one having to say: 'You're on mute' over and over again, which is probably one of the defining phrases of 2020."

Elton John, who was one of the several musicians that cancelled their tour because of the pandemic, started the episode with his experience over the past year.

"All of the sudden we ground to a halt," John said in the podcast.

Naomi Osaka, winner of the U.S. Open in 2020, said 2020 was "the year I became more grateful for the things and the people around me."

Outside of sports and entertainment, Stacey Abrams — a former gubernatorial candidate prominent voter registration activist in Georgia— said 2020 was a year that "saw horror and meanness surge, and justice fight back."

There are more episodes on the way. Harry and Meghan signed a multi-year deal with Spotify and their production company Archewell Audio.

"No matter what life throws at you guys, trust us when we say, love wins," Meghan said at the end of the episode.

The couple backed away from their royal roles earlier this year and moved to the United States. They currently live in Montecito, California.

Meghan announced earlier this year in an emotional op-ed in the New York Times that she had a miscarrage.