Matthew Rutkowski, 38, was said to have been targeting mixed-race neighbors in Schwenksville for years 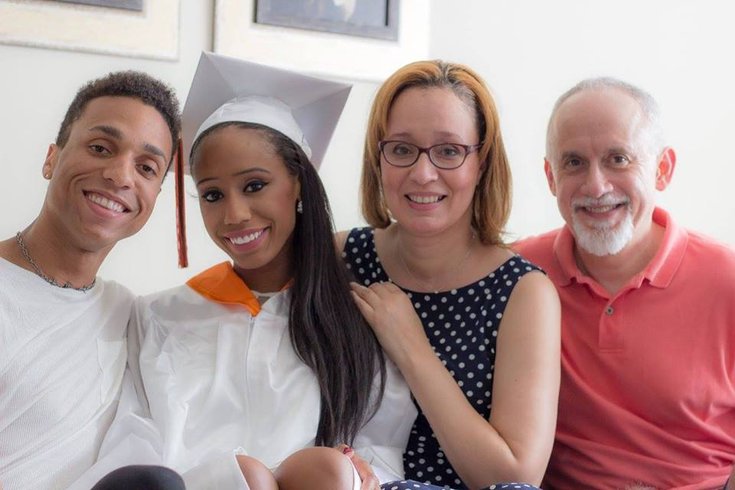 A Montgomery County man who faced up to a dozen years in prison for allegedly “menacing” his mixed-race neighbors over the course of a years-long beef accepted a plea deal on Friday which lets him avoid jail time.

As a result of the deal – in which he pleaded guilty to one count of witness intimidation and two counts of harassment, all misdemeanors – Matthew Rutkowski was sentenced to four years of probation and levied a $500 fine, as well as being ordered to undergo a mental-health evaluation.

Rutkowski, 38, was also ordered by Common Pleas Judge Risa Vetri Ferman to have no contact with Howard and Pam Margolis and their family, who live across the street from him on Martingale Drive in Schwenksville.

“You are to have absolutely no contact, whether direct or indirect, by any imaginable means, with Howard and Pam Margolis and their children,” Ferman said from the bench at the county courthouse in Norristown. “The court would take a very dim view of a violation.”

There was a wrinkle to the plea, however: the defense let Deputy District Attorney Samantha Cauffman know that Rutkowski would not accept the deal if the Margolis family was in court on Friday. They did not attend, but Pam Margolis shared her thoughts afterwards.

“I'm relieved and hope he will leave us alone so we can live in peace,” she told PhillyVoice about an hour after the hearing ended.

As detailed in an August story, the alleged harassment left the Margolis family openly pondering whether to leave the quaint, Fox Heath subdivision they've called home for years.

The couple claimed Rutkowski has harassed them – and their two grown son and daughter – with racist, homophobic and anti-Semitic slurs and actions as far back as 2012. The charges in the pending matter, however, only covered alleged confrontations since between June 2017 and August 2018.

At an October preliminary hearing, Rutkowski was ordered to stand trial on felony ethnic intimidation and other related charges. If convicted, he could have faced up to 12 years in prison. The plea deal lowered that penalty substantially.

"Hopefully, this will give the Margolis family some peace of mind." -- Deputy D.A. Samantha Cauffman

At that hearing, the family maintained that Rutkowski has called the nearest State Police barracks, claiming they were harassing him and, among other things, followed Howard out of the development in his white pick-up truck on several occasions in the weeks after the hearing.

On Friday, Rutkowski declined to comment on the record, but said he would consult with his attorney Scott McIntosh and decide whether it was wise to say anything about the matter in the coming weeks.

Cauffman said that Rutkowski being under supervision of the court, and probation, was a good outcome.

“Hopefully, this will give the Margolis family some peace of mind,” she said.