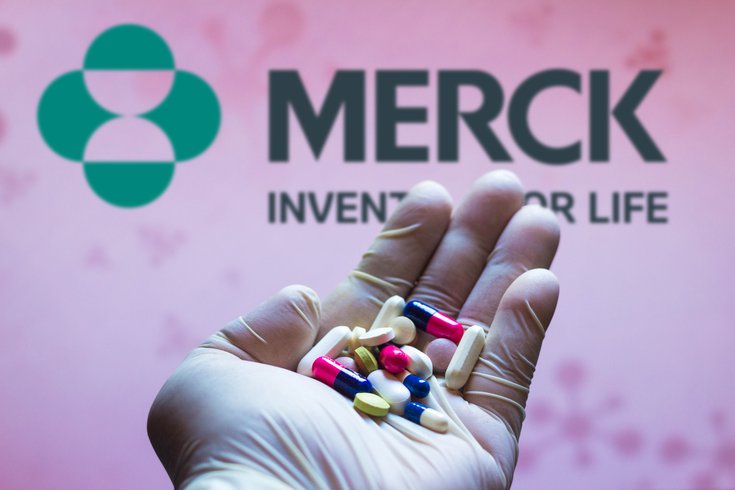 An FDA advisory panel recommended Merck's COVID-19 antiviral pill, molnupiravir, receive an emergency use authorization, but expressed concerns regarding its efficacy and potential side effects.

The members of the Antimicrobial Drugs Advisory Committee said safety and efficacy concerns made the decision a difficult one. They ultimately voted, 13-10, to recommend the drug, molnupiravir, be made available to adults with mild to moderate COVID-19 who are at risk for severe disease or hospitalization.

People considered at high risk include seniors and those with underlying medical conditions such as diabetes, obesity or heart disease.

After the vote, committee chair Dr. Lindsey Baden said most members appeared to fall in the middle when it came to weighing the risks and benefits of molnupiravir, which was developed by Merck and Ridgeback Biotherapeutics, according to NBC News.

Both safety and efficacy concerns were raised during the voting process, including potential harm to fetuses, Baden said. Though the FDA is not required to follow the advisory committee’s recommendation, it usually does. The agency is expected to make a final decision within the next few days.

The antiviral medications produced by Merck and Pfizer are considered potential game-changers because they are pills that could be taken at home by patients immediately after receiving a COVID-19 diagnosis. By contrast, monoclonal antibody treatments need to be administered as an injection by a trained health care provider.

Merck's antiviral pill reduces the risk of severe disease by limiting the coronavirus's ability to replicate. It does this by introducing errors or mutations into the virus's DNA.

Some advisory committee members raised concerns that these DNA changes theoretically could lead to the virus mutating even more quickly than it already has. The most recently identified variant, omicron, already is causing vaccine manufactures to scramble to ensure that their vaccines remain effective.

Merck officials have said their medication is effective against the omicron variant, but further testing it needed to confirm this.

Dr. Jennifer Le, a professor of clinical pharmacy at the University of California, was among the members who voted against recommending molnupiravir.

"Based on the currently available data, I think I just need more efficacy and safety data, perhaps with more subjects against placebo or other treatment strategies, before I can vote yes," she said, according to CNN.

"As a frontline clinician in treating patients, both inpatient and outpatient, there is a need for something like this," he told CNN. "Although I do have questions about its overall, longer term efficacy, it did meet its pre-specified statistical boundaries of showing a 48% improvement in terms of hospitalization and death."

During the clinical trial, participants were given 800-milligrams of molnupiravir twice a day for five days. The most common side effects were diarrhea, nausea and dizziness.

Although pregnant women were excluded from the clinical trial, earlier animal studies suggested that the drug could cause birth defects or other potential harm to a fetus.

Both advisory committee members and Merck say they don't recommend the drug be used by pregnant women. The company advises women to take birth control during the 5-day course of treatment and for four days after the last dose.

Its use also is not advised for children. In animal studies, the drug was found to cause defects that interfered in bone growth of pups. A potential cancer risk also was observed in animal studies, but it appears to be low.

Several of the committee members who voted in favor of emergency use authorization said if another treatment becomes available later, the authorization should be re-examined and possibly withdrawn.

Dr. Michael Green, a pediatric transplant specialist at University of Pittsburgh School of Medicine Division of Infectious Diseases, told CNBC he voted in favor of the recommendation because of the lack of current available treatment options. But he advised that only high-risk unvaccinated people be prescribed it.

"This was clearly a very difficult decision," he said.

Merck first reported that the pill was 50% effective at reducing the risk of hospitalization or death based on an interim analysis of 762 patients. Analysis of the full study population of 1,400 patients, however, suggests a 30% efficacy, the company said.