MLB free agency: 10 relief pitchers Phillies could, should sign to upgrade their bullpen 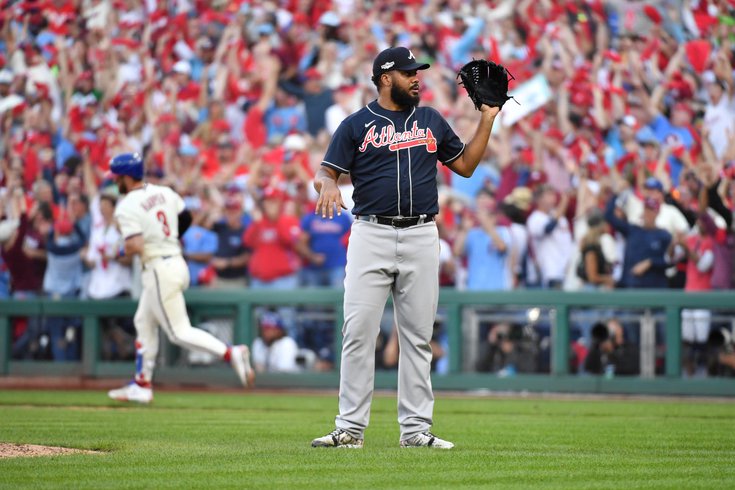 The Phillies bullpen isn't the reason the team made it to the World Series this fall.

It's also not the reason they faltered just two games shy of a world championship.

With a starting pitching staff that was thin and fatigued, an offense that was wildly inconsistent and a defense that was unreliable, the relief pitchers were just one of the reasons why the immensely talented 2022 Phillies were unable to seal the deal against the favored Astros.

In 2023, the Phillies will surely be pulling out all the stops to improve their roster and get another chance at winning a title. They'll likely be trying to add a top tier starter, nab an All-Star caliber infielder, and upgrade their bullpen. With a few pen pieces very likely to return — like Seranthony Dominguez, Jose Alvarado, Connor Brogdon and perhaps a few others — there will be plenty of players from the 2022 roster who'll be allowed to walk — like Brad Hand and Corey Knebel.

The pen should have some turnaround heading into 2023. And there will likely be a few new acquisitions off the free agent market. If the Phils are looking to add one of the top relief arms available, they'll be inking a player or two from the list below.

Here's a look at 10 of the most desirable relievers for the Phillies this offseason (AAV numbers courtesy of spotrac.com):

Jansen has a track record and the Phillies (or any other suitor) will likely need to pay for it. In addition to leading the league with 41 saves and 54 games finished in 2022, Jansen has a career ERA of 2.46 over 13 seasons. He has 391 career saves. And as you'll see further down this list, at 34 he is in his prime — as relievers tend to succeed the most in their mid 30s.

The Phillies do not have a set closer, and have not for some time. If they elect to bring in a shutdown 9th inning guy like Jansen or some of the others on this list it will be going against a recent organizational trend. However, most teams with serious World Series aspirations do employ a closer and Jansen is as good as it gets right now.

It feels like the Phillies have been rumored to have interest in Kimbrel for years now, as the former Braves stud closer has jumped around a bit in recent years — he's pitched for five teams since 2018. But he is an eight time All-Star and seems to be a proficient end of game pitcher no matter where he goes.

Kimbrel will fetch a cheaper price than Jansen just because he had (for him) a down season in 2022. He could possibly be had on a one-year prove it deal which the Phillies would certainly be fine with. He has a career ERA of 2.31 and 394 career saves.

By Chapman's standards, 2022 was a down campaign. Having made three of the four prior All-Star games, the flamethrower missed the month of June with an injury and lost his closers role when he returned. With a proven record of success in years prior, perhaps the Phillies could buy low on Chapman and hope he competes for a role in the back of the bullpen in 2023.

He's a bit younger than our first three free agents and will likely be seeking a longer deal this offseason. He had a few rough patches playing for two NL contenders last season but still closed 31 games successfully. He has a career 3.42 ERA and was a very good and consistent piece of the Twins bullpen from 2016-21.

If the Phillies are looking for another lefty specialist to pair with Alvarado (which they clearly need, having used starter Ranger Suarez in key relief spots this postseason), Chafin could be their man. Last year he was dominant in Detroit and he has a 2.29 ERA over his last 129 innings (spanning two seasons and three teams). He is a perfect setup man for the Phillies, with so many dangerous lefties hitting in their division.

Lugo has been a Met his entire MLB career and is a converted starter who has had success as a middle and late inning reliever. He will be hitting free agency for the first time and is a solid reliever with an effective curveball. Spotrac projects he is worth $7 million — but if the Phillies are patient they could sign him for less with so many above average arms on the market.

If the Phillies want to go for a Mets reliever, perhaps Ottavino is the better choice. While he will be 37 when next season starts, his numbers speak for themselves. He was an innings eating reliable reliever with a tiny ERA and very low walk rate. Over his 12 years relieving he has a 3.44 ERA.

Martin is another older option, and a journeyman who has pitched for six organizations in seven years. But his numbers last season for the Cubs and then the Dodgers were pretty impressive. In 2022, he had 74 strikeouts and eight walks. Total. Over 56 innings. The Phillies should kick the tires, as any team would be happy to pay for those kinds of numbers.

Yes, it's that Matt Moore. The Matt Moore the Phillies signed to start in 2021 and who went on to post a 6.29 ERA and eventually lose his job. How he was able to turn it around and pitch an insane amount of innings out of the Rangers bullpen — with such success — is anyone's guess, but he is among the top available arms right now and perhaps the Phillies would be open to trying again with the converted starter.

And finally, someone under 30. Fulmer was a starter when his career began but he missed two seasons due to injuries and when he returned in 2020 he had a terrible season trying to start again. Over his last two seasons as a converted bullpen piece, he has a 3.17 ERA and 17 saves. He is a righty who can start when needed and go multiple innings, and doesn't give up a ton of homers. He might be a smart pick up for the middle of the pen.