Phillies, looking for outfield help, will give Odubel Herrera a chance in spring training

But if they decide to look to the free agent market for help, there are options there as well... 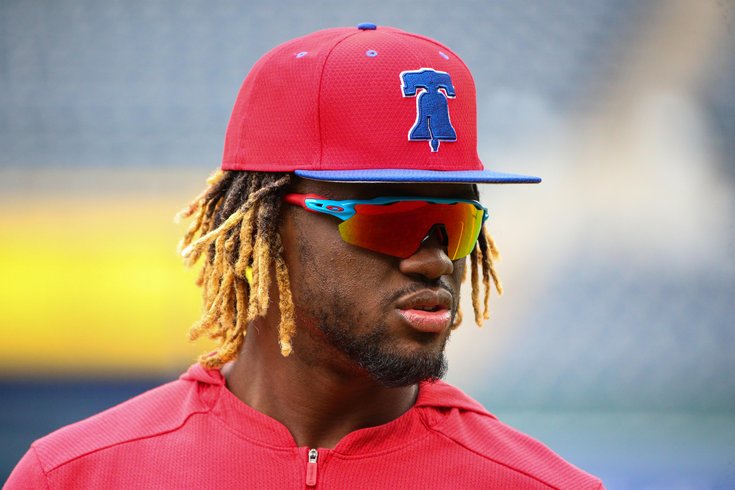 What will the Phillies do with Odubel Herrera?

Odubel Herrera was supposed to be a goner. His days in Philadelphia were over.

After an arrest for domestic violence (in an incident with his girlfriend), the Phillies All-Star outfielder was suspended for the final three months of the 2019 season, without pay. The charges were dropped, but the landscape looked like Herrera had worn out his welcome here.

The problem is, the MLB's CBA doesn't allow teams to void contracts due to this kind of incident. So, Herrera will be paid $17 million over the next two seasons no matter what.

He proved to be untradable this offseason, and now, it seems like he'll be at spring training, according to a recent report.

Sources: #Phillies continue looking for right-handed complement to Adam Haseley in center field. An addition from outside the organization is possible, due to 26-man roster limit and fact that Odubel Herrera does not enter camp with a guaranteed roster spot. @MLBNetwork @MLB

We'll dive into some other outfield options in just a bit, but it's a complicated issue. From a baseball perspective, Herrera probably will earn a roster spot, if given a fair shake. Here's a look at the currently rostered centerfield options (of which Adam Haseley will get the starting gig):

Ignoring Herrera's baggage, who would you rather have in centerfield?

Herrera had a drop off before being suspended in 2019, hitting just .222 with a single homer in 39 games toward the back of the Phillies' loaded lineup. The trend certainly was leading itself toward Herrera losing his spot anyway, so regardless of his off-field issues, the 2016 All-Star would likely have to fight for a place on the team. GM Matt Klentak more or less confirmed that last year:

“He has a guaranteed contract for this year and next,” Klentak told media members (h/t NBCSP). “He's getting paid. When he left the team in the spring, he was the everyday center fielder and what he's coming back to now is a much different situation. It’s just a different landscape than before Odubel was suspended. That’s the crux of the issue here.”

If he comes into camp in shape and plays like his slightly younger self, he could find himself with the 26th roster spot (and probably a rainstorm of boos in the outfield all season).

If the Phillies want to, like the report from Morosi suggests, look to a free-agent option, there are actually quite a few desirable mid-level options who bat from the right side.

He's a veteran, 31, who hits decently for average — he has a .261 career mark — and hit a career high 21 homers in 2019. He's played all three outfield positions, and has started in an every day role. He may not be amenable to platooning at this point in his career.

Hamilton has blazing speed, having stolen 299 bases over his seven-year career. He is young, just 29, and technically is a switch-hitter, though he's hit better as a lefty against righty pitchers — which wouldn't make him an ideal fit alongside Haseley. He's basically what Phillies scouts and coaches hoped Roman Quinn would be.

The oldest of our options, Maybin showed he still has it as he approaches 33, hitting .285 for the Yankees last year. Maybin is at the stage of his career where a part-time role may be forced upon him, and the Phils would be an ideal destination for the 2018 World Series champ (with the Astros).

Puig is an immensely talented player who hits from the right side, and with power — he has 20 homers in each of his last three seasons. He really came on in Cleveland after a mid-season trade, where he hit .297 down the stretch. He's going to be expensive at age 29, and could block Haseley from getting enough starts in CF if he signed here.

Santiago isn't a household name like a few we examined above, but he's a solid fourth outfield type of player who's hit .259 over six seasons at all three outfield spots. He hit 30 homers for the Brewers in 2017.