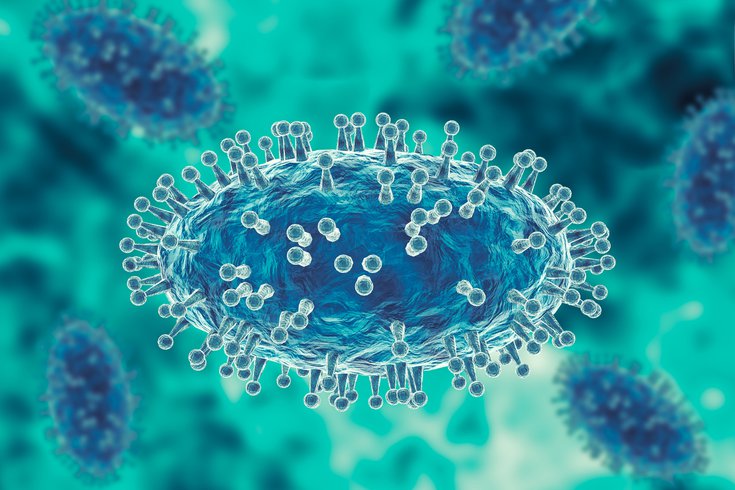 Many Americans may not have heard of monkeypox until the current outbreak of the disease, which has caused the World Health Organization (WHO) and the United States to declare public health emergencies. Scientists, however, have known of its existence since 1958 when it was discovered in two shipments of monkeys arriving in Denmark from Singapore, which is how the disease got its name. The first human case of monkeypox was identified in 1970 in a nine-month-old boy in the Democratic Republic of the Congo.

Monkeypox belongs to the same virus family as smallpox, although it is less severe and transmissible. Despite its name, its natural history remains uncertain, and rodents are more likely to be major carriers of it than monkeys. There are two known types of monkeypox virus, one of Central African origin and one of West African origin. The latter, which is less severe, caused the current outbreak.

Monkeypox doesn’t appear to be spread through the air, so transmitting or catching it isn’t particularly easy.

People can catch monkeypox from infected animals, either by being scratched or bitten by them, or by eating or preparing food or touching products used by the animal, such as pet bedding or toys. You can also catch the virus from an infected person by directly contacting their monkeypox rash or scabs, or their bodily fluids, as well as by touching objects they have touched.

While monkeypox can easily be transmitted through sex, scientists still are researching whether it can be spread by semen and vaginal fluids, as well as urine and feces. They also still are looking into whether people who are not experiencing monkeypox symptoms can spread the disease; how often it is spread through respiratory secretions; and when people who are experiencing symptoms would be more likely to spread it through respiratory secretions.

Monkeypox produces two kinds of symptoms. One is similar to flu and COVID-19 symptoms and can include fever, chills, swollen lymph nodes, exhaustion, muscle and back aches, headaches, and respiratory symptoms, such as a sore throat, nasal congestion, and cough.

The other is a rash, which may appear around the genitals and anus, as well as on other areas, including the hands, feet, chest, and face. The rash starts as flat, red bumps, which can be painful or itchy. Over time, the bumps turn into blisters, which fill with pus before they crust over and fall off.

Some people get flu-like symptoms first, others get the rash first, and others only get the rash. In the current outbreak, many people are experiencing mild symptoms, meaning some may get the virus and not know it. When symptoms do occur, they usually start within three weeks of exposure to the monkeypox virus. People who experience the flu-like symptoms usually develop a rash one to four days later. The illness typically lasts one to four weeks.

To prevent the spread of the disease, the Centers for Disease Control and Prevention (CDC) recommends getting vaccinated if you have been exposed to monkeypox or are at a higher risk of being exposed to the disease. The Food and Drug Administration (FDA) has authorized a vaccine called Jynneos to prevent monkeypox.

While monkeypox is not considered a sexually transmitted disease, it can be transmitted through close, physical contact, including sexual activity. People who are sexually active can reduce their risk of exposure by avoiding sexual activity until two weeks have passed since their second vaccination dose. Limiting the number of people you have sex with and practicing safer sex will also reduce the risk of being exposed.

People who do come in contact with a person or animal that may have monkeypox should thoroughly wash their hands with soap and water. Anyone diagnosed with monkeypox should isolate themselves from other people and animals until they have fully recovered, which, in most cases, is when their rash is gone and their scabs have healed.

General treatments for monkeypox are aimed at alleviating the symptoms and may include drinking plenty of fluids and managing itching or pain. No specific treatment has been approved for monkeypox in the United States, but the Food and Drug Administration and Centers for Disease Control are allowing physicians to prescribe a drug called Tecovirimat, or Tpoxx, which has been approved to treat smallpox.

As the number of monkeypox cases continues to rise in the United States and around the globe, it’s important to know the symptoms of monkeypox and when you should seek medical attention — particularly if you are in a high-risk group. Continue to follow the CDC for the latest updates on confirmed cases, treatment, and prevention.