More than 7,000 cases have been confirmed nationwide, but vaccine supplies remain limited 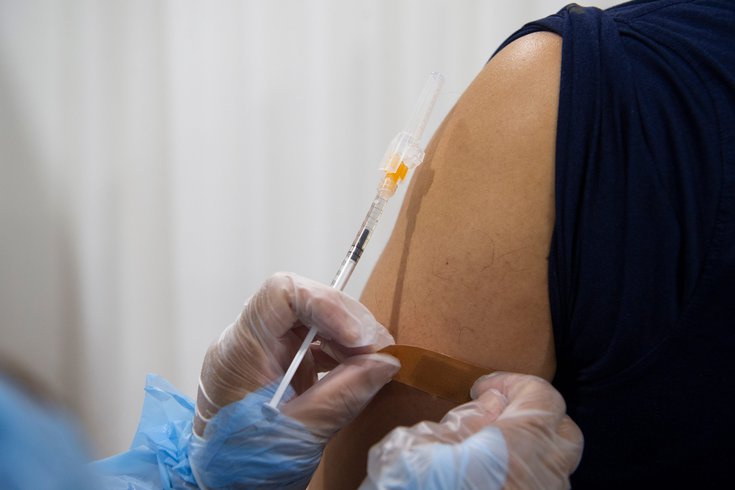 Declaring monkeypox a public health emergency gives federal agencies greater flexibility to respond and unlocks emergency funds that may be used to boost access to vaccines and treatments. Above, a monkeypox vaccine is administered.

The Biden administration declared the monkeypox outbreak a national public health emergency on Thursday. The designation provides the federal response with greater flexibility and unlocks emergency funds that could be used to boost access to vaccines and treatments.

"We're prepared to take our response to the next level in addressing this virus, and we urge every American to take monkeypox seriously and to take responsibility to help us tackle this virus," U.S. Health and Human Services Secretary Xavier Becerra said at a press conference.

Becerra also is considering a second declaration that would allow the U.S. Food and Drug Administration to expedite medical countermeasures, including vaccines and potential therapeutics, without necessitating full-fledged federal reviews, the Washington Post reported.

There have been 7,102 monkeypox cases in the United States, including 192 in Pennsylvania and 188 in New Jersey, since the global outbreak began in the United Kingdom in mid-May. Philadelphia, which has 82 confirmed cases, launched a online portal earlier this week to track cases and vaccine availability.

The White House said more than 1.1 million doses have been made available nationwide, but that is not enough to cover the people considered at highest risk of contracting monkeypox. Philadelphia has received 2,625 doses so far, but it is expected to receive 6,000, FOX29 reported.

"We are advocating to our federal partners for more vaccines for Philadelphia," Health Commissioner Dr. Cheryl Bettigole told the station.

To expand vaccine access, the FDA may allow the Jynneos vaccine, the only one licensed to prevent monkeypox, to be administered in two doses that are one-fifth the size of the licensed doses, STAT News reported.

Anyone can contract monkeypox, but this outbreak primarily has spread among men who have sex with other men, health officials have said. It is not a sexually transmitted disease, but it spreads via close physical contact.

With a limited number of vaccines available, Philadelphia is giving people who have been exposed to the virus top priority.

People who have already been exposed to the virus are the top priority when it comes to distributing doses in the city. The vaccine also is available to adults who meet the following eligibility requirements:

And meet one of the following:

• Have had any newly diagnosed STI in the last three months, including gonorrhea, chlamydia, early syphilis or HIV

Monkeypox was first discovered in the 1950s, but the disease has never previously spread outside of central and west Africa on such a large scale.

The most notable sign of monkeypox is a blister- or pimple-like rash that can appear on the face, inside the mouth and other parts of the body, including the hands, feet, chest, genitals or anus. Symptoms include a fever, chills, aches and pains, exhaustion and respiratory problems.

People who have symptoms are urged to contact a health care provider and avoid contact with other people and pets until they can get tested. People who test positive need to quarantine until their rash has healed, all scabs have fallen off and a fresh layer of intact skin has formed. The illness typically lasts 2-4 weeks.

People who have been exposed to the virus but don't have symptoms aren't required to quarantine. They encouraged to get in touch with their local health department, because they may be eligible for a vaccine.