By By Kevin C. Shelly and John Kopp 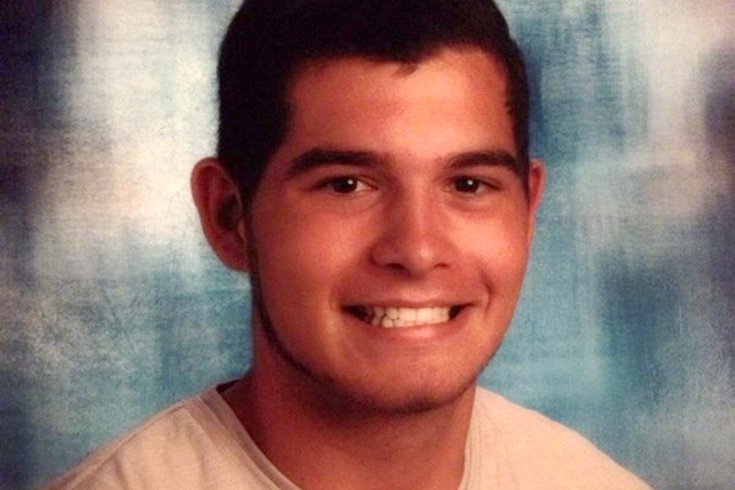 Brandon Tyler Berlin, 18, of Montgomery Township, was charged with transmission of sexually explicit images by a minor, a misdemeanor. He was charged as an adult.

Berlin routinely made "innuendo talk about girls" and referred to them as "sluts, skanks and whores," according to one victim who spoke exclusively to PhillyVoice on the condition of anonymity. The two had been friends.

The girl, who had three of her intimate photos shared in the Dropbox account without her consent, said Berlin was "very fascinated about having sex," and he "wanted people to believe he was having sex" with many of his female classmates.

She also said he had encouraged her to keep drinking when she was heading toward "a blackout drunk" at a party and then later told classmates he had had sex with her while she was passed out.

The girl, now a college freshman, said a girlfriend who was also at the party told her that Berlin had made the story up.

"He wanted people to believe it," she said.

The girl said she is unsure how the nude photos of her got to Berlin. She admitted she had shared the photos of herself with "five or six" boys, none of whom stand out as friends with Berlin.

Showing the reach of social media, the student said she learned of Berlin's arrest earlier on Wednesday via Twitter.

Ambler Borough police received a report in March from a juvenile female saying she had uncovered a website containing sexually explicit images of females who either were current or former students of North Penn High School, prosecutors said. Many of the females were minors.

Investigators allege Berlin is responsible for creating the account that contained the sexually explicit photos. Links to the Dropbox account were disseminated to other students.

Berlin admitted to police that he created the account, gathered sexually explicit photos and shared links to the account, investigators said.

Investigators said they identified other individuals who received some of the images prior to Berlin, but allege he compiled the photographs onto his Dropbox account, naming the file "I prolly had ur pics."

Berlin, who was a senior at North Penn at the time, also used that line as his senior quote in the school yearbook. He graduated in June and is now working at a hoagie shop in Quakertown, Bucks County, according to his Facebook page.

A message left for North Penn school's spokeswoman was not immediately returned.

Digital journalist Mandy Velez, a 2009 North Penn graduate, said the action against Berlin "was more than I expected. This usually ends up with just a slap on the wrist."

Though she never named Berlin, reporting for a story she wrote for the site Refinery29 had led her to believe he was the "ringleader" of the Dropbox scandal at her old high school.

"This is a cautionary tale for boys. It is not OK to share other people's images without their consent," said Velez. "I hope it sends a lesson."

Ferman said no other student or former student will be prosecuted, The Intelligencer reported.

“While there were many juveniles involved, in the end we made the decision that the most appropriate course of action was to charge the individual responsible for the mass distribution of these images and not to charge all of those individuals who cooperated in the investigation and had minor roles,” Ferman said.

Bail was set at $10,000 unsecured with conditions, including that Berlin not have any contact with the victims or witnesses involved in the case.

Assistant District Attorney Stewart Ryan has been assigned to prosecute the case.

News reports indicated that Berlin is represented by Norristown defense attorney Matthew Quigg, who was an assistant district attorney in Montgomery County until he left last August.

At the time of his departure, Pottstown Mercury reporter Carl Hessler Jr. wrote that Quigg and Ryan worked closely on several major prosecutions:

"I do view him as a mentor. He is somebody that all young ADAs go to for advice about cases and legal issues that we may not be familiar with. He is able to give sound advice about all of those," said Ryan, who started with the office in August 2012.