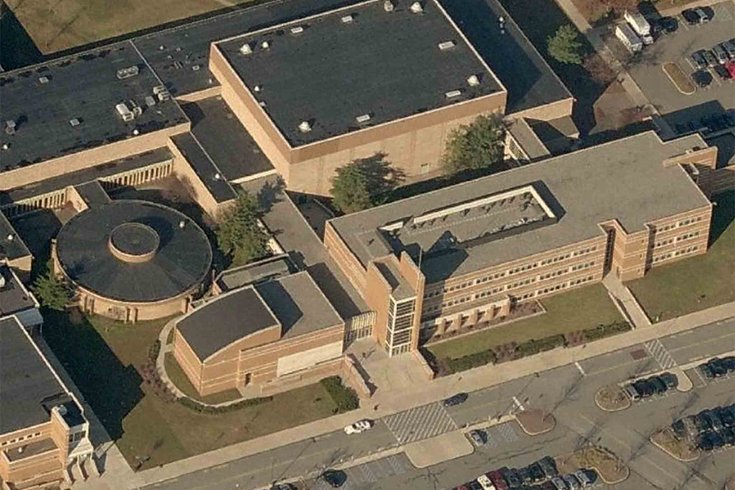 Students at North Penn High School were meeting throughout the day today with principal Burton Hynes to air concerns about allegations that boys were posting photos of nude and partially-dressed female classmates online, and the resulting humiliation they say has rained down on the alleged victims.

According to a transcript of a message Hynes delivered to students Monday morning, he agreed to meet with students during regular lunch periods and after school to hear their concerns about the allegations and their demands for support of the alleged victims, who some students say have already been shamed publicly in the hallways. 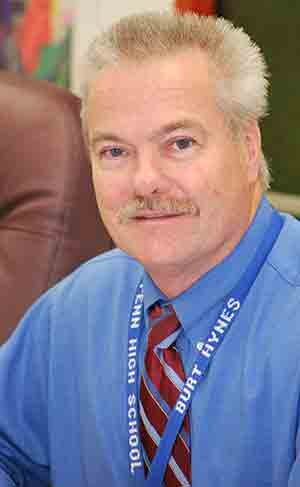 "News of the allegations spread over the past weekend in the local media and social media," Hynes, pictured left, said in the statement. "Through these same venues, I also know that some students are considering a walk out today. Please remember that leaving school without permission is against school rules and the student discipline code. For those thinking about participating in a walkout, and for other individuals who want their voices heard, I will be available to talk with you during all lunch periods today. I will be in the auditorium from 4th period through 7th period to discuss how we can better educate our Middle School and HS student bodies about online safety, what steps we have already taken and what we can do while allowing the local law enforcement agencies to sort out the facts. If you do not wish to miss lunch, I will also be in the auditorium after school for this same conversation. I feel that this face-to-face, solution-focused communication is the most productive way to overcome our challenges."

Originally students had called for a walkout at 11:15 a.m. today, during the fifth period of classes.

In a Twitter post from Sunday, the students who were planning the walkout made it clear their main concern was the alleged victims:

"This is a movement to show support for the girls who had their bodies, trust, and privacy violated when nude photos were posted online without consent. We recognize that both parties hold guilt in this situation, but the difference is as follows: whilst sending nude/provocative photos could be viewed as 'irresponsible,' posting them online for anyone to see is inhumane, degrading, and completely illegal. Our goal is to show the girls they are not alone, and have our support."

"We are NOT doing this as a dig at North Penn, nor Mr. Hynes, but in support for the young women who have been shamed and too afraid to come to school because of the harassment they receive."

we need to band together as a community, a school, and a student body. we want to work WITH him to have this resolved

Police in Towamencin Township and the Montgomery County District Attorney's Office confirmed Friday the are investigating the allegations, 6ABC reported.

According to the 6ABC report, which cited anonymous students, several students were involved in what started as a group chat to trade nude photos like Pokemon cards, and led to the posting of photos of girls at the school on multiple Dropbox accounts.

In a message to the community on the district's web site, Superintendent Dr. Curtis Dietrich said Monday the allegations are "of great concern":

"The current situation involving the investigation of the alleged online sharing of inappropriate photos and videos amongst some of our North Penn High School students is of great concern," he said. "Like the community that all of us here at NPSD serve, I am looking for ways we can continue to stress to our students the severity of such actions while at the same time reinforcing the important messages of self-worth and smart decision making."

Some students at the school is rallying around the alleged victims, creating a page on the Tumblr blogging platform on Friday to criticize the district's handling of the incident.

According to the Tumblr page:

"...we’re doing this walkout to help the victims. To let them know we support them and to stop the slut shaming - the victim blaming. Already it’s started with girls going home CRYING because they’re getting things shouted to them in the hall. People saying s--t like “oh well if they didn’t want the pictures posted they shouldn’t have sent them.” And our school will NOT. STEP. IN."

The author of the page also alleges:

"The police are already involved with the case but our principal has said NOTHING to the students. No announcements over the intercom, no assembly, nothing.

"As you can also see, my school’s done a DREADFUL job addressing the topic."

PhillyVoice reached out early Saturday morning to North Penn High School principal Burton T. Hynes via email for comment on the allegations, but did not get a response.