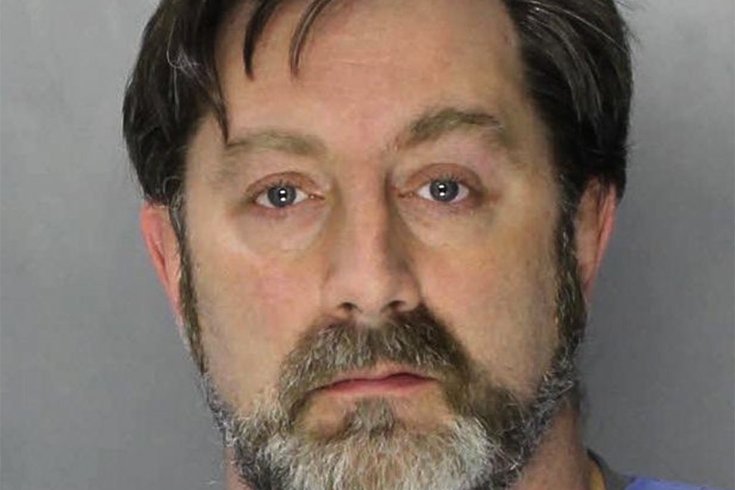 James Close faces more charges around allegations that he secretly photographed and/or videotaped patients while working as a nurse at Penn Medicine Dermatology in Lower Makefield Township, Bucks County.

James Close, 45, of Roslyn, was working as a nurse at Penn Medicine Dermatology in Lower Makefield Township when he allegedly photographed and/or videotaped a 17-year-old girl while she was undressed, according to Bucks County prosecutors. Close was originally charged Feb. 13 with four criminal accounts, according to authorities.

Prosecutors announced Monday that Close is now facing 43 additional counts involving the original teen victim and seven other alleged victims, all adult women. He faces felony charges of Photographing, Filming/Depicting on Computer as Sex Act of a Child as well as Criminal Use of Communication Facility, Endangering the Welfare of Children and Invasion of Privacy.

Authorities allege that Close used his iPhone to capture images at the practice between January 16 and February 13 of this year.

According to the affidavit of probable cause, the 17-year-old patient was in a radiation treatment booth when she noticed a silver iPhone laying at her feet, its screen indicating that it was recording live video and had been doing so for 25 seconds. The patient could see her full nude reflection on the camera, the affidavit said. She immediately handed the iPhone over to facility staff.

Staff then turned the cellphone over to investigators who, after securing a search warrant, allegedly found about 18 videos depicting the teen victim and seven others, according to the affidavit.

Many of the videos depict victims' private parts and/or bare breasts as they underwent the treatment either nude or in various stages of undress, the affidavit indicates.

Close is scheduled for a preliminary arraignment on the new charges by video at 9 a.m. Tuesday before Magisterial District Judge Michael J. Burns of Morrisville. He remains at the Bucks County Correctional Facility, where he is being held in lieu of $100,000 bail, 10 percent cash.

The case is being investigated by Lower Makefield Township Police and prosecuted by Assistant District Attorney Megan K. Stricker.