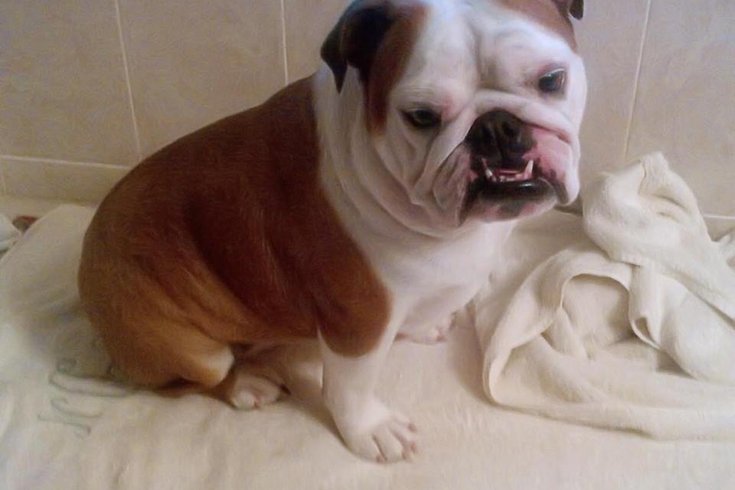 Danielle DiNapoli's dog Scruffles, who died shortly after being dropped off at a New Jersey PetSmart for grooming.

A New Jersey location of PetSmart is under question after multiple dog owners reported their pets died or appeared injured shortly after visits to be groomed at the store.

According to a recent investigation by NJ Advance Media, two dogs died shortly after being groomed at the Flemington, New Jersey, PetSmart during an eight-day period in December, and a third suffered severe back injuries during that same time frame.

One of the pet owners, Danielle DiNapoli, took to Facebook to bring awareness to her dog’s death following the PetSmart visit as she awaits results from the canine equivalent to an autopsy. In the days since the Facebook page went live, thousands of supporters have posted about their own similar experiences.

DiNapoli told NJ.com she had dropped off her dog at the PetSmart at 9:45 a.m. on Dec. 29 to be groomed. Around 11 a.m., her dog was declared dead on arrival at a nearby veterinary clinic. By the time DiNapoli arrived at the animal hospital, no personnel from PetSmart was there to offer an explanation.

As DiNapoli’s “Justice for Scruffles” campaign gained traction online, PetSmart released a statement, saying, “While a comprehensive internal investigation is still ongoing, our initial findings indicate the associations involved followed a policies and procedures consistent with care and services provided to breeds such as bulldogs.”

Tara Fiet, said she took her dog to the Flemington PetSmart for grooming on Dec. 22. After the appointment, her dog was uncharacteristically lethargic, she said, before dying suddenly on Christmas Eve.

Another pet owner, David Bolduc, also reported taking his dog to the same PetSmart on Dec. 22, and said his dog's back was injured upon its return.

The New Jersey Society for the Prevention of Cruelty to Animals also is investigating the incidents.