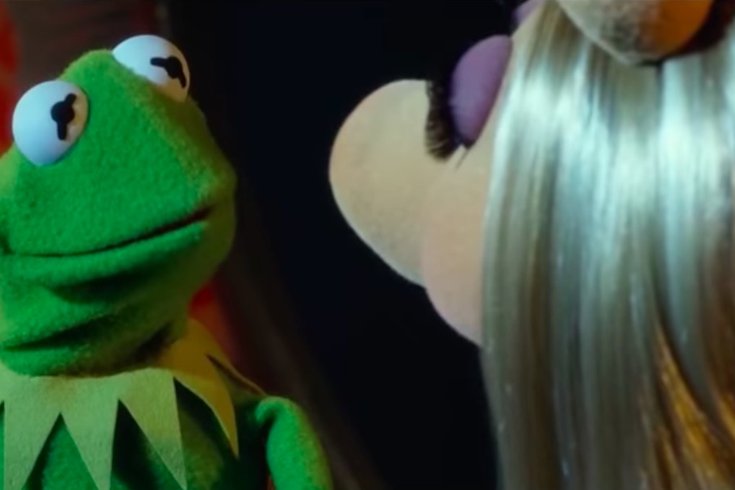 Kermit the Frog and Miss Piggy star in "A Star is Boar."

In a couple weeks Bradley Cooper's remake of "A Star is Born" will finally hit theaters nationwide, but there's another new remake of the Hollywood classic we can already watch now – and it's only 2 1/2 minutes.

Kevin T. Porter, a Los Angeles-based comedian, created an almost frame-by-frame reinvention of the actual "A Star is Born" trailer, trading out Bradley Cooper and Lady Gaga for Kermit the Frog and Miss Piggy, respectively. We also see Fozzie Bear standing in for Dave Chappelle.

For reference, here's the original trailer:

Now observe a trailer for the same movie, using the exact same audio, but instead using footage from the Muppet movies and TV show. Porter posted the video to Twitter on Wednesday, where it's already gotten more than a million views.

And, to top it all off, Porter has renamed the film "A Star is Boar." It's the stupidly brilliant parody we all needed.

Earlier this month Porter, who is was one half of the popular podcast Gilmore Guys, also redid a developing meme from the real "A Star is Born" trailer, also involving Kermit.

It's the hit new meme pic.twitter.com/cAT6LLArO7

“I haven’t seen the movie yet, but like most of America, I fell in love with the trailer, especially the memes the trailer generated on Twitter,” Porter told Entertainment Weekly.

“The only regret I have is that I wasn’t able to get a shot of Sam the Eagle as Sam Elliott.”