Murder victim's sister: 'He prepared for that day' 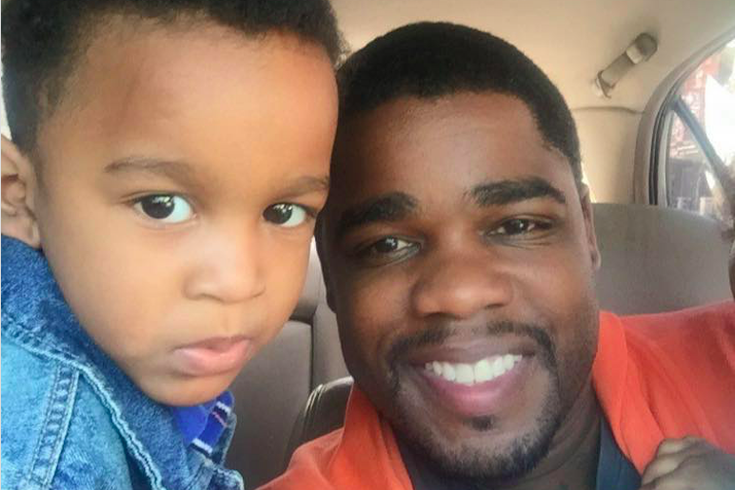 Terrell Bruce, 33, was fatally shot by his ex-girlfriend while driving in Northwest Philadelphia in December. His sister remembered him as a doting uncle for her 10 children and a hard-working real estate agent.

Brakes, a friendly nine-year-old Akita and Labrador mix, went missing for more than a week in December.

He was swiped right out of the Mt. Airy backyard of his owner, Terrell Bruce, who offered a $2,000 reward for his baby’s safe return.

There were no signs of an obvious crime. It seemed as if Brakes just walked up to someone with a familiar face, was taken off the leash and disappeared. In other words, it seems like Brakes knew who took him.

When somebody recognized the missing dog wandering around by the house where Bruce’s sister Shawana Purnell used to live eight days later, a joyous reunion ensued. It would be a short-lived one.

Fifteen days later, the 33-year-old realtor/contractor would be gunned down as he drove along West Walnut Lane in Mt. Airy.

The bullet came from inside the car.

His ex-girlfriend, Martina Westcott, 27, a Central High and University of Pennsylvania graduate, would surrender to homicide detectives the next morning and confess.

She’d tell them she was scared after the former couple got into an argument, that she randomly found a gun on the floor of the Ford Expedition, closed her eyes and fired. The story remains a tabloid editor’s dream come true.

Terrell Bruce died without knowing who dognapped Brakes. A close friend said he had his suspicions that it was someone close to him. That limits the suspect pool substantially, though not entirely. Still, Bruce wasn't the kind of guy who dwelled on negatives; he preferred to just let it roll off his back and get back to work. 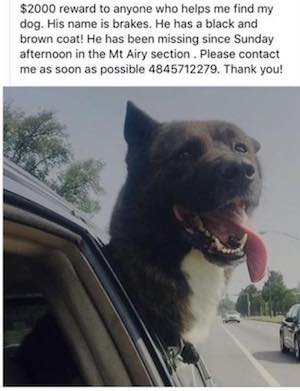 Just weeks before he was murdered, Terrell Bruce's dog, Brakes, was taken from his backyard. Brakes was missing for eight days before being reunited with his loving owner.

As she sat in the Germantown living room on Wednesday afternoon, in a house that Bruce gutted and fixed up for her and her family, Purnell said she figured it out.

Purnell considers Westcott – who knew her way around the security cameras that Bruce installed around his house – a prime suspect.

In fact, the last time she saw her late brother’s ex-girlfriend, it was two days before Brakes’ return.

“She said she was there offering condolences about ‘somebody’ taking Brakes,” said Purnell, noting the couple's relationship was tumultuous and that her late brother was dating someone else for a while leading up to his murder.

“When I was getting ready to leave his house, I saw her coming up the walkway,” said Purnell. “I said, ‘Terrell, what’s Martina doing here?’ She said, ‘Hey sister!’ and I just gave her the weird face because he’d just asked me to return a gift she sent to his house. It was two Polo custom-tailored shirts with a note that said ‘Merry Christmas, you filthy animal.’ He just wanted to get rid of it, for her to take it back and use the store credit.”

From a big-picture perspective, the temporary dognapping is but a minor ripple, even if Purnell’s suspicions are based in reality. A vibrant life would be lost under tragic circumstances within weeks.

Though the initial onslaught of attention has relented in the weeks since Westcott’s preliminary hearing in January, Purnell said she doesn’t feel as if people paying attention know her brother’s true story.

That he left a job with Iron Hill Brewery – which recently unveiled a beer made in his memory – and worked tirelessly to successfully establish himself in the world of real estate.

That he met his future killer at Central High, where he was doing outreach for a foundation that raised money in the name of a fallen brother, Nathaniel Kirkland, who drowned in a rip current off Guatemala when he was just 20 years old.

That Bruce would be murdered on the late Nathaniel’s birthday.

That his car would get keyed – including a profane message about three years ago “when she started the madness” – and tires regularly flattened. (Since he didn’t have physical evidence to help pinpoint a suspect, which police would need to bring charges, he installed surveillance cameras around his house.)

That he was a loving, caring uncle who lived up to his promise of buying and renovating a property on Chew Avenue – near La Salle University – for his sister and her 10 children (ranging from 2 to 18 years old) to live comfortably.

“He was that uncle that was always there,” she said, noting that good grades were met with financial rewards and lessons for things like ballet would be covered.

That his former girlfriend didn’t take kindly to getting less attention than his own relatives.

That he had perfume and diamond earrings in his pockets – gifts for his current girlfriend – when the bullet he likely never saw coming was fired. Coupled with the cash left on him, the fact that those items weren't stolen instantly told Purnell that he wasn't killed by an armed robber, but somebody he knew.

That video captured outside his home, and text messages sent to loved ones, on his final morning of his life offered hints that he was upset about a still-unknown matter. (That footage of Bruce “looking very upset; you couldn’t see her in it, but I know she’s out there” remains in police custody.) 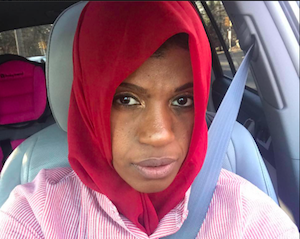 Shawana Powell worked closely with her brother in his real-estate-contracting endeavors before he was fatally shot by an ex-girlfriend in December 2016. She continues that work to this day.

That Purnell's designation as his life insurance beneficiary would inflame a distant, estranged family situation.

That it’d be easy to argue he sensed the end was near thanks to a Facebook post a few years ago noting that he wasn’t 33 yet, but Jesus died at that age. (As would Bruce.)

This week, she reflected on all of that, and her brother's ultimately fatal relationship, during an interview she requested to let more of the story be told.

“She probably was pushing him for a baby, to be with him, and he was, like, ‘I’m done.’ So, she just shot him. He didn’t see it coming," she said. "She’s a really beautiful girl; he just didn’t want to be with her."

Purnell has grown tired of that tabloid angle of girlfriend (or ex) killing a former lover while he was driving along a normally busy street.

“They’d been on and off, but they’d been off for more than a year when she decided to murder him,” said Purnell inside the Chew Avenue home, a real estate award won by Bruce in 2015 on the dining room table. “He had just started helping her think about an investment property that she wanted to purchase.

“She was acting like she had common sense, and that she was accepting of Terrell’s current girlfriend. Then, she was doing the whole dog thing to get her way back in, trying to be comforting at somebody’s time of need. It’s crazy that people do that. With what I’m going through with my brother, that has happened to me often.”

Expanding on that last sentence, Purnell noted that her brother’s passing – and subsequent financial dealings related to the death – has stoked discord among family members, prompting some estranged members to re-enter the fold.

She had served as Bruce’s right-hand woman in the real-estate/renovation business – M.N.S. Enterprises, short for “Money Never Sleeps” – for which she’s now pursuing a broker’s license to fully carry on, just like her brother would have wanted.

“Terrell never did sleep. He would be up till 12, 1 in the morning writing up contracts, and now that’s me,” said Purnell, who sat with her brother’s body at the Emmanuel Johnson Funeral Home for hours on end. “I just don’t want him known for (creating) a good beer.” 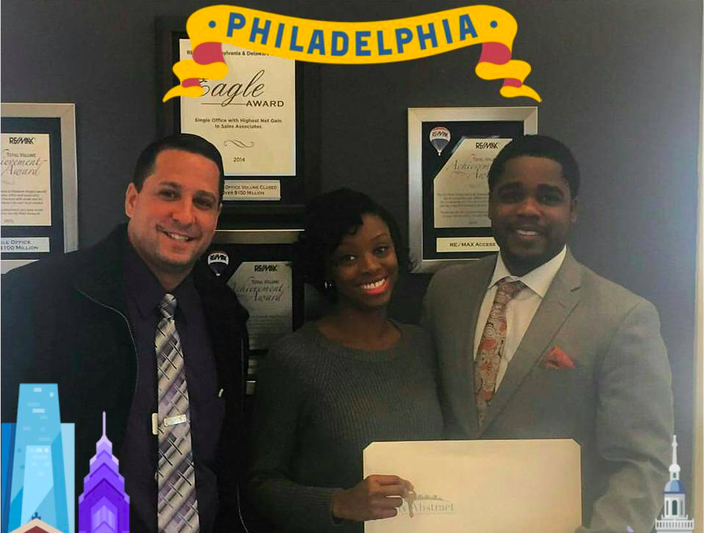 Terrell Bruce was making his mark in the local real-estate world when he was fatally shot by an ex-girlfriend in December 2016.

Her haters hiss that she's her late brother's puppet. She doesn’t mind. That's her brother. Why shouldn’t she be his biggest supporter? After all, when he asked whether she thought it was a good idea to leave his job at Iron Hill to pursue real estate full time, she was overly supportive. That's why she wants to sustain it into a future, even if he's not here to see it.

“I’m just looking to keep everything intact, to keep everything the way it is,” she said. “People have vandalized Terrell’s properties to keep me from going in and working on them. They’ve put cement in the locks. I have pictures of it and everything. I know who it is.”

She hearkened back to the life insurance considerations as evidence that Bruce knew his time on earth was short.

“It’s like he knew things that he wouldn’t tell us,” she said. “He knew it. He prepared for that day. I can’t beat myself up for something I didn’t know was occurring. That’s what hurts the most. I look at Facebook after the fact and see what she was posting, that it’s going to be (an engagement) ring box or a coffin.”

Westcott is charged with murder and weapons offenses. Her next court date is a March 29 pre-trial conference. With an apparent confession already on the books, defense attorney Jack McMahon has his work cut out for him.

“They’ve already tried to (offer a plea deal), 20 to 40 (years in prison), but that’s not happening. I’m riding this thing till the wheels fall off,” Purnell said. "She needs to be in prison for the rest of her life.”