My Local Brew Works is putting on the event at the former factory on June 8 from 4 to 8 p.m. for Philly Beer Week 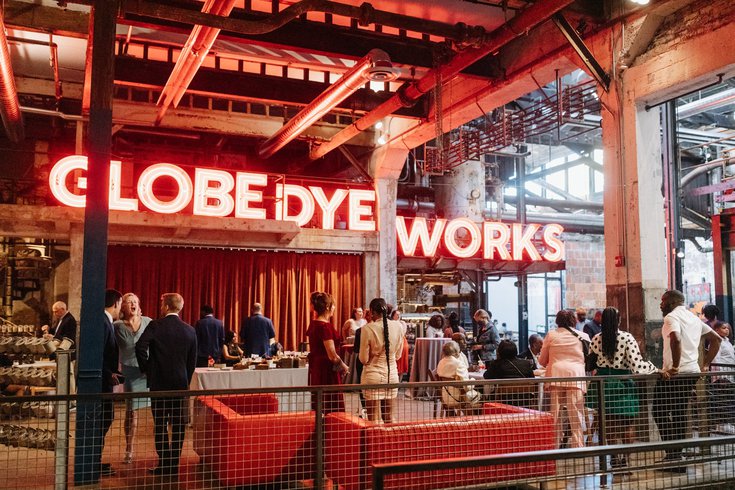 Courtesy of/Love Me Do Photography

My Local Brew Works is collaborating with five other Philadelphia-based local businesses for a vendor market in the Globe Dye Works building on June 8 in conjunction with Philly Beer Week. Complimentary samples of beer, food and other treats will be provided.

Globe Dye Works has a rich history in Philadelphia. The textile factory opened in Frankford in 1865 and operated for 140 years, winding and dyeing yarn before closing in 2005. It was purchased and remodeled in 2007 as a workspace for creatives and small business owners in the city.

My Local Brew Works, a direct-to-public craft brewery, is collaborating with five other small businesses from the region for "Around The Globe." The event is taking place on Wednesday, June 8 from 4 to 8 p.m. in the Globe Dye Works building at 4501 Torresdale Ave. and is being put on in conjunction with Philly Beer Week.

The event is hosted by Lucky Dog Studio, an event design business located in the Globe Dye Works building. Visitors can try out several of My Local Brew Works craft beers while shopping other small-batch vendors.

The event is free to attend, with complimentary samples and some pay-as-you-go offerings. My Local Brew Works co-founder Wayne Humphrey said that "Around the Globe" is meant to provide visitors with a variety of small business options all found in one place.

"Around the Globe is essentially showcasing the new frontier of small business and the rebirth of the makers of Philadelphia," said Humphrey. "We wouldn't be able to have our brewery without the help of Globe Dye Works, and it means a lot to work together with our neighbors to make this happen."

My Local Brew Works will provide samples of a few of its most popular brews in conjunction with Philly Beer Week, which runs from June 3-12. Some of the samples include Johann, a Vienna-style lager; Retro Rocket, an American pale ale and Philly Phinger, a combination of a Kölsch, Sticke Altbier and West Coast blond ale.

All beer options will also be for sale throughout the evening, while supplies last.

Other vendors taking part include the Fishtown Pickle Project, whose small-batch pickling company is now available online and in stores around the region after gaining popularity throughout the city.

Weckerly's Ice Cream was formerly housed in the back of a neighborhood cafe in West Philadelphia before moving to Globe Dye Works. The "micro-creamery" has formed positive relationships with dairy farmers and mixes fresh ingredients at its own small dairy plant in order to formulate its ice cream recipes.

Rival Bros has two cafes located in the city, in Center City and East Passyunk. The small-batch roasters have been housed in the Globe Dye Works building since 2013, outgrowing their original studio space as they have continued to expand their single-origin coffee business.

Anita's Guacamole is a vegan guacamole and salsa business founded in the city in 2009. Since then, Anita has perfected her family's recipe for visitors at farmer's markets throughout Pennsylvania, Delaware, New Jersey and South Florida.

A post shared by My Local Brew Works (@mylocalbrewworks)

Coffee and chocolate shop Triangle Roasters moved to Globe Dye Works in 2018. Though it originally started as a coffee company sourcing beans from all over the world, it shortly expanded to include cacao, as the roasting process is similar for both.

Visitors at "Around the Globe" will also have the opportunity to tour the Globe Dye Works building. The factory-turned-incubator for small businesses has a rich history in both Frankford and Philadelphia as a whole.

Guests will also be able to tour the brewery and enter in a raffle to win prizes, with sale proceeds going to benefit The Watershed Project, an environmental organization located in the building.