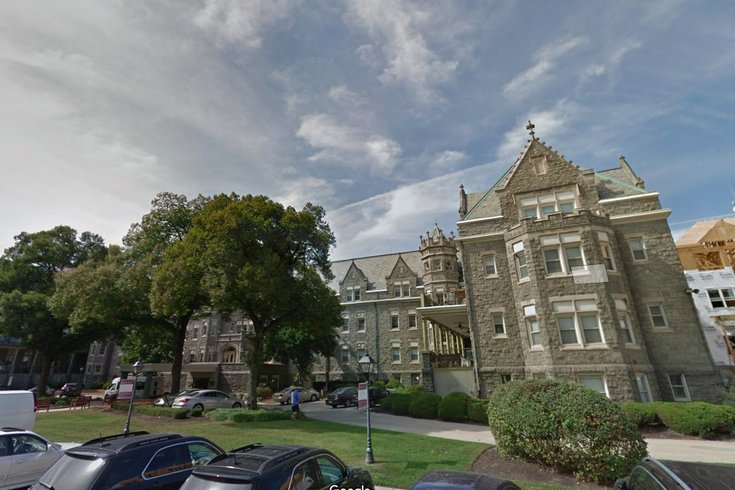 The Simpson House, a retirement community near Fairmount Park in Wynnefield Heights.

An undressed man was escorted out of a Wynnefield Heights retirement home Sunday, clad only in a bedsheet, after reportedly firing a gun near Fairmount Park earlier that day.

Shots of gunfire had been first reported to police Sunday around 9:20 a.m., according to NBC 10. The were heard near Belmont Avenue and Belmont Mansion Drive, and the bullets did not strike anyone.

After searching for the suspect, described as a 6-foot-tall man, for a few hours, police received a call from Simpson House, a nearby retirement home. A Simpson House staffer told police that a naked man had entered the retirement home's lobby, claiming to have been robbed.

A naked man turned up in a retirement home lobby claiming he had just been robbed, @PhillyPolice say he was actually a gunman who fired shots in Fairmount Park. @PamelaOsborne has the story: https://t.co/nsOlTUVpKy pic.twitter.com/OaVJoL4TIt

Police identified the man as the shooter from earlier, escorted him from Simpson House and brought him to a hospital for review.

The shooter's identity has not been released, and no charges had been filed by Monday morning.