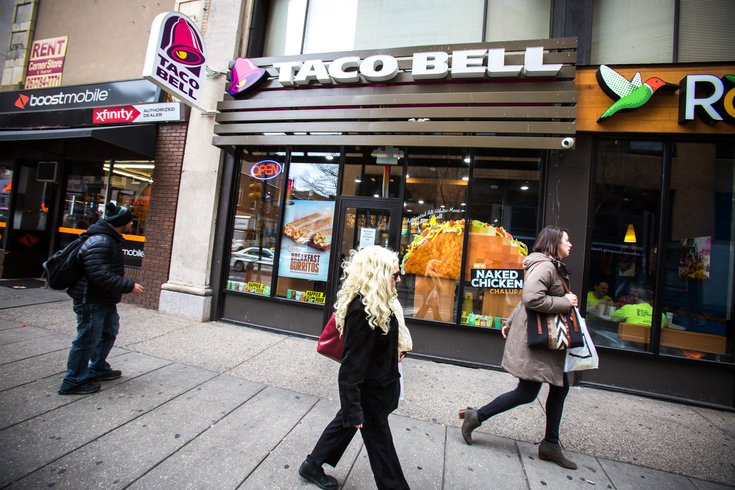 Six employees at a Philadelphia Taco Bell have been fired after a video showed the employees beating up a man outside the store after he had complained about how long he had waited to get his food.

The employees allegedly began to beat one man and his girlfriend outside of the Center City restaurant around 10:45 p.m. on Friday after he told employees it was taking too long for the couple to receive their food, NBC10 reported.

Joe Boback said he had been at the Taco Bell restaurant at 11th and Chestnut streets, waiting for his food for about 45 minutes before he complained. Boback said he was waiting inside the restaurant when "six to seven Taco Bell employees suddenly jumped over the counter and attacked him," according to NBC10.

The video, released on Tuesday, allegedly shows Boback's friends, Bryan Reese and his girlfriend, being attacked in the middle of the street after the employees chased them outside.

"I was assaulted by a number of @TacoBellTeam employees, when I reached out to @tacobell for justice they offered a $20 gift card, they must have thought I said Birthday and not Assault," Reese tweeted.

“We’re shocked and disappointed to see this situation; we and our franchisees do not tolerate this behavior,” a spokesperson said in a statement to NBC10. “The franchisee who owns and operates this location is retraining its staff, and all team members involved have been terminated.”

Police are investigating this incident, as well as another incident involving a GrubHub driver who was chased out of the restaurant on Sunday by employees at the same location for complaining about the wait time.