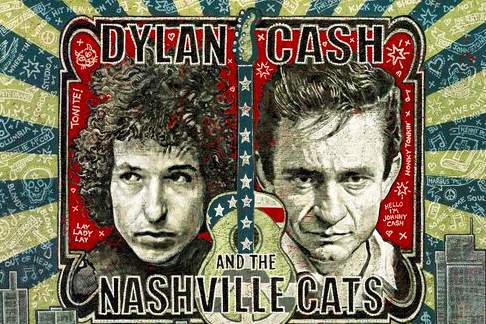 Country Music Hall of Fame and Museum /for PhillyVoice

The Music City has a new exhibit chronicling the legacy of Bob Dylan, Johnny Cash and the session musicians of The Nashville Cats.

The Country Music Hall of Fame and Museum in Nashville, Tennessee, has a new exhibit that displays how Bob Dylan, Johnny Cash and the Nashville Cats helped turn the city into a recording hotspot for counterculture musicians in the late 1960s and early 1970s.
'Dylan, Cash, and the Nashville Cats: A New Music City' explores not only the legendary Dylan and Cash, but the cast of musicians around them who helped make some of the era's monumental albums a reality.
Dylan traveled to Nashville's historic Studio A in early 1966, abandoning sessions in New York, to complete 'Blonde on Blonde,' hailed by critics as one of the greatest albums of all time. Over the course of 72 hours, the Nashville Cats contributed to nearly all of the songs on the album, setting an example for musicians such as Neil Young, Joan Baez, Leonard Cohen, Steve Miller, Paul McCartney, and the Byrds.
In his own right, Cash helped put music in Nashville on the map with 'The Johnny Cash Show,' which ran on ABC from 1969 to 1971 and featured performances from folk-country musicians.
Many relics from the era are on display at the museum, from a Dylan harmonica and 1949 Martin guitar to Cash's 'Nashville Skyline' liner notes.

“Like other major exhibitions here, 'Dylan, Cash, and the Nashville Cats: A New Music City' is a story with multiple chapters, many that were in danger of disappearing and are all essential to an understanding of the history of Nashville and its place as a destination for cultural pilgrims from around the world,” said Kyle Young, the museum’s director.

The exhibit runs for 21 months and will be accompanied by live performances and film screenings to help celebrate and contextualize the era.