NBA analyst says Sixers have one of the easiest schedules

At least until the All-Star break 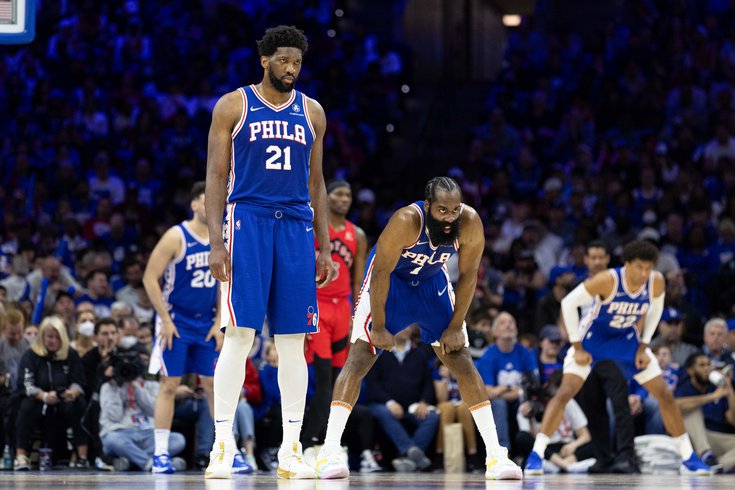 Strength of schedule could be working heavily in the Sixers' favor this season, at least until the All-Star break.

After the NBA released its 2022-23 regular-season slate in full earlier this week, Ed Küpfer, a data analyst for the Houston Rockets, reviewed each of the 30 teams' schedules and created projections for how easy a time they might have through four different chunks of the season – pre-Thanksgiving, pre-New Years, pre-All Star Break, and post-All Star Break.

For the Sixers, it's looking like pretty smooth sailing 'til February. After that, things might get dicey.

NBA 2022-23 strength of schedule for each team, broken down into four time periods. Higher numbers = easier schedule. Teams at the bottom have the toughest schedules. pic.twitter.com/AA6Y1UWZLH

At a glance, the apex from New Years to the All-Star break adds up, as that run of the schedule is filled with a ton of matchups against fringe or non-playoff teams, and as Kyle Neubeck noted in his schedule analysis from Wednesday, is a "gotta win" stretch for the Sixers:

Philadelphia's gift for ending the season on a brutal note has to be the portion of the schedule from Christmas onward. Though there are some playoff teams and tough matchups sprinkled in there, getting a nearly month-long run against teams they should be better than can't be taken for granted. Save for a matchup against the Clippers in mid-January, the Sixers will be up against a series of teams that probably top out as mid-tier playoff teams on their best days. Though they'll be jetting around the west coast for the back half of that period, they have every ability to pile up wins against the likes of Indiana, Detroit, and Oklahoma City before they reach that part of the schedule.

The steep, and sudden, spike in difficulty coming out of the All-Star break adds up too.

Right out of the gate on February 25, the Sixers get a primetime matchup against the Celtics, a home-and-home against Miami, then travel to Dallas and Milwaukee.

Then they'll face the Warriors, Suns, Nuggets, Mavericks, Bucks, Celtics, and Heat all within the final two weeks of the season. Granted, it's likely that starters will begin getting rested by then, but for now, that is a brutal stretch to close things out.

Further insight from Küpfer that factors in opponent strength, rest time, and travel:

NBA 2022-23 strength of schedule. Model inputs are opp strength (via vegas, aside from the Nets), days rest for team/opp, and home/away. pic.twitter.com/Pa3EHnBZFD

The Sixers are running it back with the core of Joel Embiid, James Harden, and Tyrese Maxey, bolstering their bench in the process in the hopes that this is finally the year their championship aspirations break past the second round of the playoffs.

The journey starts October 18 in Boston.