Where do Sixers' James Harden talks stand with one day left until the NBA trade deadline? 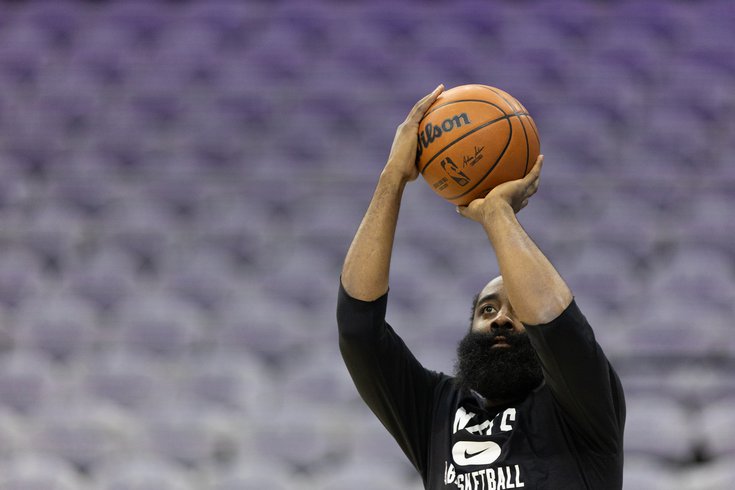 The Sixers are the team with everything to gain at this year’s trade deadline, one big piece away from potentially making the leap to contention. With time ticking down, though, the Sixers and Nets remain relatively static in their positions, each convinced they have the winning hand.

On Philadelphia’s side of the equation, the logic is pretty simple. Based on the intel they’ve gathered, they don’t view the trade deadline as the only opportunity they’ll have to acquire James Harden, and sources say they continue to insist they won’t be coerced into throwing everything at Brooklyn to make a deal happen now.

The Sixers are sending a clear message: they view signing Harden outright as a real possibility. If the Sixers eventually need to move Tobias Harris in order to clear the cap space necessary to sign Harden in the summer, sources familiar with the situation say they have two potential suitors with cap space lined up who they could move Harris to if they need to clear the decks. The pick-collecting Thunder are an obvious team to watch. Whether you believe that’s a central part of their plan or a threat meant to bring down the Nets’ current ask, that’s the word that keeps slipping out.

(It is not lost on the Sixers, for the record, that Harris has finally found his footing again after a brutal start to the season, with Philadelphia’s starting forward looking healthier and more confident after some early-season struggles. Even if moving him down the road would be essential to a plan to outright sign Harden, he remains valuable to this group in the reality where a Harden-esque deal hasn’t been made yet.)

Brooklyn’s side of the story is even simpler. Sean Marks and Co. gave up a haul to bring Harden in last season, they’re not inclined to give him up at a discounted rate, and there is belief that they might be able to convince Harden to commit over the long-term by simply waiting this out, banking on a title push this season. While there are numerous reasons to be dubious of that, starting with Kevin Durant’s health and Kyrie Irving’s current inability to appear in home games, it’s understandable that they aren’t ready to throw in the towel just yet.

Complicating the situation are the mixed messages that have been sent. On the floor, Harden’s recent play/effort has said more than any press conference could, with Harden’s shameful effort in a four-point outing against Sacramento drawing attention around the league. But as of yet, Harden hasn’t sent a direct message to management (either himself or through a third party) that he definitively wants out and for Brooklyn to cut the cord.

If a deal is to get done, it will hinge on the particulars apart from Simmons and Harden. As has been reported elsewhere this week, the Sixers have sent a loud and clear message that Tyrese Maxey won’t be included in a deal at the deadline, sources say, and have been nearly as clear that Matisse Thybulle and his defensive talents aren’t going anywhere. Among Philadelphia’s most valuable players, sources indicate Seth Curry is the most likely candidate to juice up an offer to Brooklyn, though a team source indicated that even that is a dubious proposition. There’s time to spare between now and the deadline, but to this point, the Sixers are attempting to hold a high line.

That has made it difficult for either side to make much headway here. It feels more apt to call this a deep thinking period for both sides than an intense set of negotiations. Not everyone in Brooklyn shares the rosy view of a path forward with Harden, and the Nets’ season continues to spiral while they wait to figure this out. But at the end of the day, their goals are still ahead of them — there are still reasons to believe their trio can beat anybody if/when they’re all available, there are signs that COVID mandates around the country are loosening, and that ultimate push months from now is what will define them, not a losing streak in January and February.

So what happens in the likely reality where the Sixers decide to forego a Simmons deal at the deadline? As Tuesday’s game against the Phoenix Suns showed, they are light on guards, with Furkan Korkmaz thrust into a backup point guard role he is hardly qualified to play.

Head coach Doc Rivers was blunt when asked about what they need to do to avoid or work around that problem.

"We have no choice, we have to get another guard, we just do. Even if [we have both] Furk and Shake, we need a point guard. We’re looking, but they don’t grow on trees as you know," Rivers said. "We may do nothing, obviously, and you can only do something if there’s something there. But that’s clearly something we’re looking for. That and size."

A source who spoke to PhillyVoice on Tuesday evening kept expectations in check, noting that a smaller trade unrelated to Simmons was certainly possible but perhaps not super likely. One of the problems with completing such a deal is, as always, the Simmons situation looming over everything. With the ultimate framework of his assumed departure still very much in flux, trading assets or even other players comes at the risk of potentially making the eventual Simmons deal tougher.

All of this is to say what we have tried to stress around here for some time — the Sixers are working to upgrade the team, but they may come out of the deadline with the same group that suited up for a battle with the Suns on Tuesday. And if that's the situation Joel Embiid finds himself in, the big man said after the loss to Phoenix that it's not on him to bring Simmons back into their group, putting the ball in the exiled teammate's court.

"Anybody’s welcome to play. If you want to be part of us, I’m sure everybody’s going to be fine with it. But you got to show up, you got to want to be there, and I’m sure everybody’s going to accept whoever that is," Embiid said. "But to answer your question, I’m just worried about the guys that are here. For the guys that are here — if you’re here, I’m going to challenge you and we’re going to challenge each other to be better and try to win a championship."

With less than 48 hours to go, we’re still waiting to see if someone, anyone will blink.