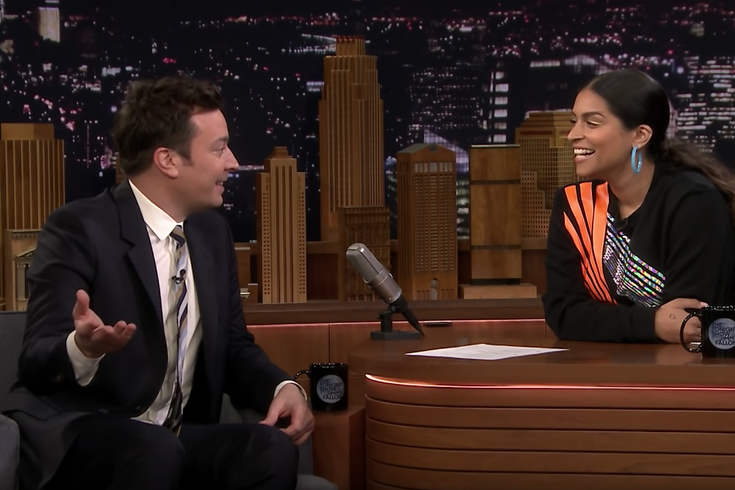 YouTuber Lilly Singh announced on "The Tonight Show with Jimmy Fallon" that she will be getting her own late night show on NBC, "A Little Late with Lilly Singh."

While there are a number of female talk show hosts, including Samantha Bee and Busy Philips, Singh is the only female talk show host on a major network at the current time. But she isn't the first on network TV - Joan Rivers hosted "The Late Show with Joan Rivers" on Fox from 1986-1988. Cynthia Garrett also hosted "Later" on NBC from 2000-2001.

Singh told Fallon that “an Indian-Canadian woman with her own late night show? Now that is a dream come true. I’m thrilled to bring it to life on NBC, and I hope my parents consider this to be as exciting as a grandchild.”

Singh is a successful YouTuber with over 14 million subscribers on her channel, "Superwoman." She’s also a New York Times bestselling author with her book “How to Be a Bawse: A Guide to Conquering Life.” She’s also appeared as an actress for several TV shows, such as "Bad Moms" and HBO's "Fahrenheit 451."

She announced the show will premiere some time in September and will air after "Late Night with Seth Meyers," replacing "Last Call with Carson Daly." Daly announced in August that he was ending the show after 17 years on NBC to be spend more time with his family. He currently serves as co-host for NBC's morning show, "Today."

After announcing the news, Fallon and Singh traded places so she could get in her first interview from behind a desk. She asked if he had any advice to give her, to which he replied, "Don't get sick."