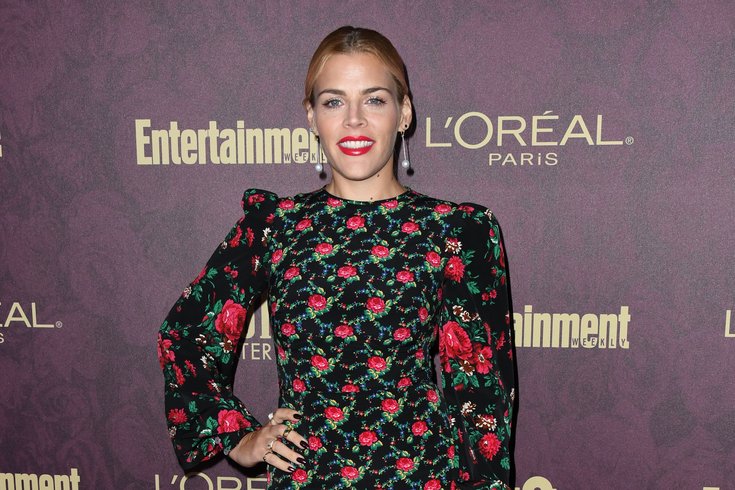 In a leaked excerpt from Busy Phillips' new memoir, This Will Only Hurt a Little, out Oct. 16, Phillips recounts being assaulted by James Franco, Yahoo Entertainment verified earlier today.

The two were co-stars on the show '90s cult favorite, "Freaks and Geeks," but it wasn't all sunshine and rainbows. Phillips recalls him as a "f***ing bully" on set. She alleges the assault happened while they were filming a scene that called for Phillips' character, Kim Kelly, to lightly hit Franco's character, Daniel Desario, while she delivered a line. However, Franco didn't stay in character and, in turn, took his upset out on her.

“He grabbed both my arms and screamed in my face, ‘DON’T EVER TOUCH ME AGAIN!’” She writes in the book. “And he threw me to the ground. Flat on my back. Wind knocked out of me.”

Phillips writes that everyone on set was shocked by his behavior. She cried to co-star Linda Cardellini who told her to tell her manager. He reportedly eventually apologized, but only after being ordered to do so by the director and producers. She mentions there were no repercussions for his actions afterwards.

This is not the first time Franco's character has been questioned. Four women who attended acting school with Franco alleged that Franco had been inappropriate on a number of occasions on set and otherwise. Another woman alleged that when she was 17-years-old, Franco coerced her into performing oral sex. Franco has denied these allegations but will not "refute" them.