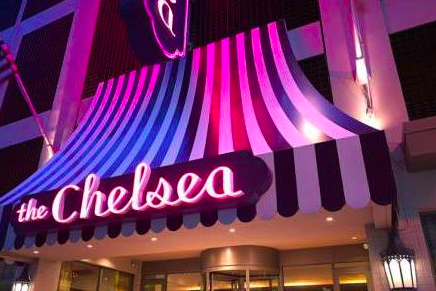 It was just a matter of time before the fallout of the United Airlines debacle, in which a physician was forcibly dragged off an April flight, wound up in the hands of a good comedian.

United has taken a lot of flak in the aftermath of April's overbooking incident. Sure, the company reached an undisclosed settlement with Kentucky doctor David Dao, but the resulting ridicule has tarred the airline as subpar, both in terms of its flight staff and its customer base.

Chelsea Handler, star of the former "Chelsea Lately" talk show and a native of Livingston, New Jersey, took to Instagram on Monday to illustrate the difference between flying with United and flying American Airlines. The post quickly went viral.

Some frequent fliers expressed their intent in April to boycott United Airlines. As some have pointed out, however, a series of mergers in recent years, including the 2010 union of United and Continental, has left the U.S. with just four major carriers. Flying United is somewhat inevitable if you're going to get where you need to be, when you need to be there.

The only thing left to do is appreciate the jokes as they come.