South Philly Barbacoa will be featured on Netflix's 'Chef's Table'

Chef and activist Cristina Martinez shared her story with the show, which will air Sept. 28 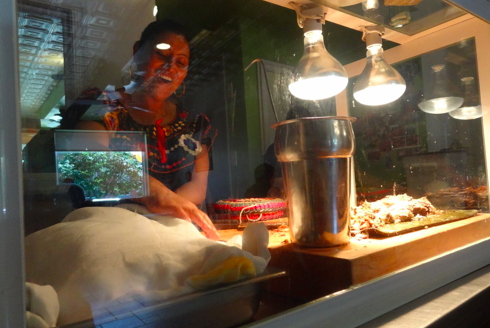 Season 5 of Netflix's "Chef's Table" premieres this month and it's all kicking off in Philly.

The episode will be available to stream Friday, Sept. 28, and takes a deep dive into Martinez's family recipe for that fall-off-the-bone lamb barbacoa and pancita. But it also delves into the chef's work for undocumented people in the U.S. and their fight for work and proper wages. Martinez wants more people to know that many of the people working in restaurant kitchens here in the U.S. are undocumented workers, just like her.

Martinez has been open about publicizing her undocumented status, especially over the last few months. She was featured on Bon Appetit's 10 Best New Restaurants List, Ugly Delicious (also on Netflix) and Full Frontal With Samantha Bee.

The chef fled her home in Mexico to escape an abusive ex-husband and eventually landed in Philadelphia, where she would open South Philly Barbacoa (the second iteration is now on Ninth and Ellsworth streets) and her son, who has since passed away, would open El Compardre.