The 12 Days of Netflix Christmas Movies: 'Father Christmas is Back'

An ensemble cast featuring Kelsey Grammer and Elizabeth Hurley lead the way in this British comedy that reminds everyone Christmas isn't always as magical as it appears in the movies. 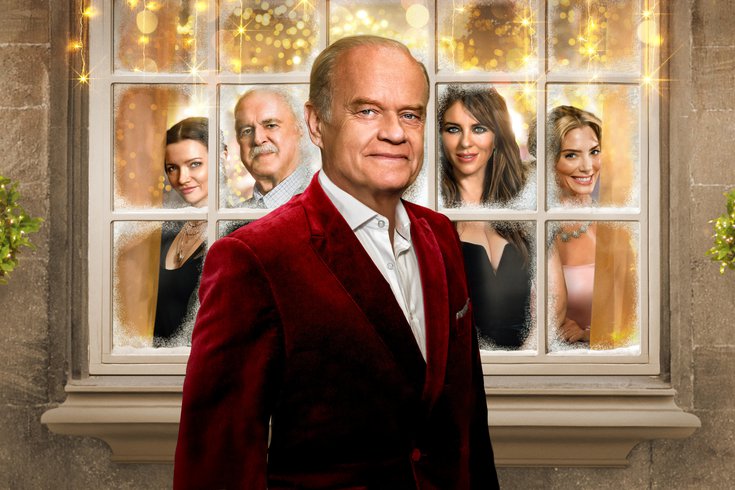 [NOTE: All of what follows comes with the disclaimer that I'm full aware I'm reviewing Netflix Christmas movies and not Academy Award contenders, so when I say something is "a good movie" it's all relative. And as a warning, while some of these movies may be family friendly, this one is rated PG-13. As such, this review might be a little PG-13, and may also contain some spoilers but, come on, it's a Netflix Christmas movie.] 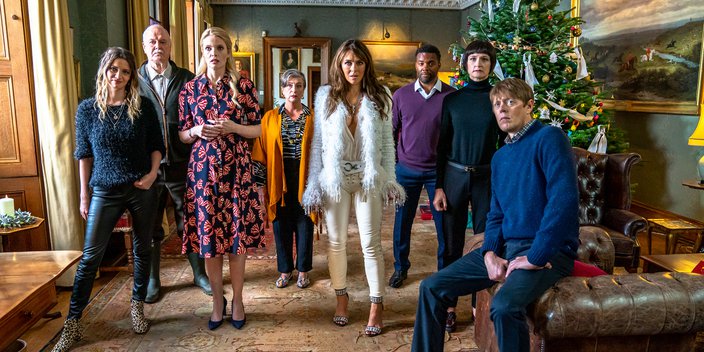 Obviously some of those names are more recognizable than others, but pretty much everyone in this has one of those faces where you go, "What do I know that person from?" And the answer is definitely something...

The plot: After leaving his wife and children on Christmas day years ago, Florida Man James Christmas (Grammer) — yes, that's actually his last name — returns to rural England after living in America for decades to introduce his ex-wife and four grown daughters to the (young) woman he plans on marrying, and perhaps to set the record straight about why he left in the first place.

What makes it terrible: You might think that the first target here is going to be that last name (Christmas), or worse yet, the married name of one of the daughters: Christmas-Hope. Yes, one of the main character's names is Caroline Christmas-Hope (Cox). But no, we have to address the fact that Kelsey Grammer, playing an English man, just straight up refuses to do a British accent. Seriously. The patriarch of the Christmas family, in a movie where literally every other person but one speaks with an accent, comes right out of the gate with an American accent, and it's jarring to say the least. You know how it always tastes weird when you're expecting to eat something that's one flavor but actually wind up eating a different one? Almost like it's bad, even though you like it under normal circumstances? That was Grammer's voice in this one, especially at first when you're expecting him to be British because, well, his whole family is. The funniest part is how they throw in a few lines of dialogue about how people treated him differently in America because of his accent and how he just lost it after living there for so long, as if that's enough to simply hand-wave it away. I would love to have been a fly on the wall in that production meeting when Grammer told producers he wasn't going to do a British accent. Because that's got to be the only explanation here, right? Otherwise, why on earth would they make the head of a British family American?

While it's probably not the most important thing here, we'd be remiss if we didn't mention the most awkward, uncomfortable seduction scene(s) ever, with Elizabeth Christmas (Quentin) seducing John Christmas (Cleese), her ex-husband's brother, in a dark barn. It's something I never hope to see again and it will likely take some serious therapy to get the mental images that followed scrubbed from my brain.

On the opposite end of the spectrum — and helping a bit with that previous issue — is whatever Elizabeth Hurley has going on in this one. From the first moment she steps out of her boyfriend-of-the-month's Rolls Royce, you remember exactly why you had a huge crush on her in grade school. She's 56 in real life, playing someone in her 40s, who's pretending she's actually in her 30s — and you never really question any of it. She's also not very shy about showing off her ... assets. And as that's clearly what this character called for, we don't blame her one bit. So why is this in the "bad" section? Because when your wife walks in on you watching this, it's a bit harder to explain how it's all "part of a story for work."

Finally, while we're discussing Hurley's character, we have to take a minute to talk about how her boyfriend Felix (Fearon) is one of the most likeable characters in the movie (along with Naomi Frederick's Paulina) and doesn't get nearly enough screen time. And unfortunately it seems like they're setting him up to be a bad guy in the sequel, which wouldn't track with anything we saw out of him in this one. At the end, Joanna (Hurley) suggests Christmas with his family next year in the Bahamas, and even asks if she can bring hers, clearly hinting at a sequel. And, wouldn't you know it, "Christmas in the Caribbean" is already in the works, with Hurley, Cox and Quentin all attached. Furthermore, the IMDB description reads: "Follows an abandoned British bride, who spends December in the Caribbean with her bridesmaids as love blossoms." If Hurley is that British bride and they make Felix into a bad guy, I'm going to be very, very disappointed.

That, of course, assumes I even plan on watching the sequel.

What makes it good: I was all prepared to once again write that this movie should've been over well before it actually was, which has been a problem with several of the movies we've reviewed so far. In fact, about an hour into this movie, it felt as though the main plot (at least to that point) had been resolved and things were going to be wrapped up in short order, only for me to check and realize there were still 45 minutes left. Much to my surprise, most of the real action of this movie takes place over that final 3/4 of an hour, with a few new conflicts introduced and a major plot twist that I won't reveal here, one that answers many of the questions you would've been left asking if the movie ended after the first hour. Namely, how (and why) the hell does Elizabeth let her ex-husband who supposedly abandoned her and her four kids on Christmas morning back into her life like nothing is wrong? And just how long have Elizabeth and John been grossly sleeping together?

Beyond that, there's not a ton that makes this movie stand out. I don't think it's terrible by any means, at least compared to some of the Christmas options out there. And I always love a good anti-Christmas movie (like "Bad Santa"), but this one still falls a bit short. It's got some funny moments and a few good plot twists, but overall I was hoping for more from a cast that includes names like Grammer, Cleese, Hurley and Quentin. I wanted this to be much better than it was, and I actually think the last 45 minutes offer some redemption, but ultimately not enough. Still, I'm much more likely to revisit this in future years than I am to watch something like "Holiday in the Wild," as there are at least a few laughs to be had in this one.

Will I watch the sequel? All depends on how they treat my man Felix.

Rating: On the scale from a partridge in a pear tree to 12 drummers drumming, I give this seven swans a-swimming.