The 12 Days of Netflix Christmas Movies: 'A Castle for Christmas'

Brooke Shields and Cary Elwes — remember them? — take center stage in this new holiday offering from the streaming giant. But is it worth your time? 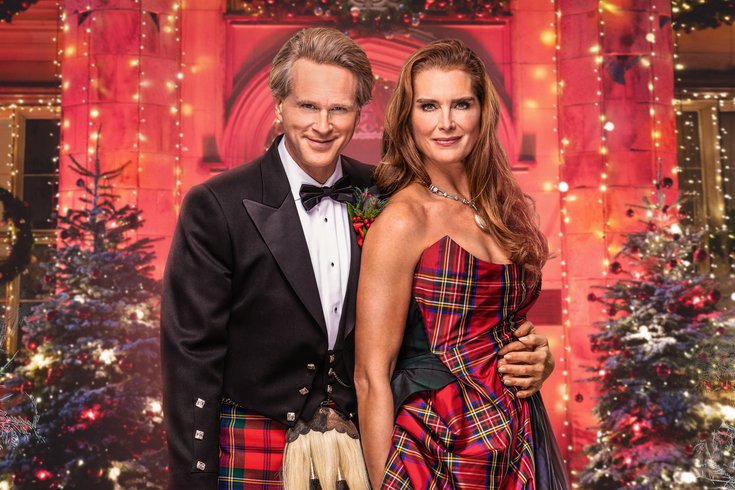 Cary Elwes and Brooke Shields star in "A Castle for Christmas."

The 12 Days of Netflix Christmas Movies: 'The Knight Before Christmas' | 'The Holiday Calendar' | 'Love Hard' | 'Holidate' | 'Holiday in the Wild' | 'Father Christmas is Back' | 'The Princess Switch' | 'Klaus' | 'The Christmas Chronicles' | 'A Christmas Prince' | 'A Boy Called Christmas'

Tweet-length review: It's like "Under the Tuscan Sun" but in Scotland and without Diane Lane, to which we ask, what's the point?

The plot: The worst author ever gets caught up in a scandal after she ... kills off a beloved character in her book series? And then that's enough to force her to flea to Scotland for a little R&R? And she apparently has enough money to buy a castle on a whim? And the castle is owned by the janitor?

OK, we have some questions here, but suffice it to say that a recently divorced writer (Shields) goes to great lengths to avoid writing a book after landing in hot water with the public, so she travels across the Atlantic, buys a dilapidated castle, learns how to knit and plays a months-long game of "Will They? Won't They?" with the guy from "The Princess Bride," who turns out to be a duke and not a janitor (Elwes).

But before Duke Myles Dunbar will turn over his castle, he and Shields' character, Sophie, agree that they'll spend the few months until Christmas living in the castle together so she can learn how to take care of all the leaks, broken down fireplaces and sustainable farmland on the property, a property her grandfather once tended before moving to America.

But Myles, who was left an estate in disrepair and major debt that he's been unable to climb out of, has a plan — making life so miserable for Sophie that she leaves and loses her deposit, allowing Myles to keep the property afloat until the spring, by when he assumes he'll have figured it all out.

What makes it terrible: So, so much. Right from the start, it's pretty obvious what kind of movie this is going to be, and Netflix wasn't really trying to hide that based on the fact that the promo image is Shields and Elwes in the matching outfits they were at the end of the movie, so it's not hard to guess that there's going to be a happy ending.

"In this day and age, not everyone believes in happy endings. But I just might," her character types into her computer at one point. Honestly, I’m just waiting for one of these movies not to have a happy ending. But that's never in doubt with Netflix Christmas movies. Or any Christmas movies for that matter. However, for the first hour of this movie, it's the least Christmas movie I can imagine. Aside from it taking place in a small Scottish town that gets progressively more decorated throughout, there isn't a lot to make it feel Christmasy after the opening aerial shot of New York City with some upbeat holiday music in the background. But that's Christmas Movie 101 stuff.

After that, however, the next Christmas song doesn't come until 55 and a half minutes in — trust me, I checked — and there's otherwise only a few mentions of it until that point, like the fact that their trial run in the castle will go until Christmas*. But once it starts, they lay it on pretty heavy, which is always appreciated in these parts.

*Ah, the Christmas deadline, one of the few other holiday movie tropes that makes it into this one.

We'll forgive the fact that the main character is a writer, which seems to be the case more than 50% of the time in rom-coms — either that, or they're self-employed, and in the case of Sophie Brown, it's both. But we do have a few questions about just how rich she is. Like, I get that they establish she's a world-famous author, but does she really have buy-a-castle-on-a-whim type of money? I mean, it seems like she does since at the end of the movie she offers to pay off everyone's mortgage like a damn boss, but castles aren't cheap. And this one was in need of a lot of repairs and didn't look like it was going to be inexpensive to maintain, considering you have to keep a full-time staff on. You know what, I just looked up howe much J.K. Rowling is worth. I take all that back. Good for her.

What makes it good: Honestly, it's how terrible it is. If you're looking for a Christmas movie that's prime for a little hate-watching, this one might be for you. Sure, there's a certain audience it's going to appeal to — and it's likely the audience that remembers Shields and Elwes from their primes, nearly 30 years ago — but for a younger audience it's probably not going to get the job done. Of the Netflix Christmas movies we've reviewed so far, this is the one that feels the most like it could be from Hallmark or Lifetime instead. And that's not necessarily a bad thing. They pump out movies like crazy, so they clearly must be working in some respect. Perhaps Netflix realized they needed to expand their audience a little bit after so many of their Christmas movies seem geared toward a younger generation.

Beyond that, the best part of the movie are the Drew Barrymore cameos. She plays herself, and the movie is bookended by a pair of appearances by Sophie on "The Drew Barrymore Show." And the one that runs during the post credits — make sure you don't miss that — seemed to include some bloopers that actually got the biggest laughs out of me the entire time. I wish we got more of that Sophie throughout the rest of the movie.

And finally, let's circle back to Sophie's incomprehensible wealth. When I first turned this movie on, I was expecting it to be about a woman who earns her place in a castle next to a prince by being deferential and flirty and making him fall in love with her. Nope. Sophie Brown is a recently-divorced gangster who totally flips the script, buys the castle outright and then tells the displaced Duke whether or not he can stay there with her. While I wasn't a huge fan of the movie, I did love that aspect of it so much that it's enough to bump it one stop in the ratings. #Feminism.

Rating: On a scale from a partridge in a pear tree to twelve drummers drumming, I give this four calling birds.