Plus, researchers pinpointed the brain circuits that cause this overindulgence 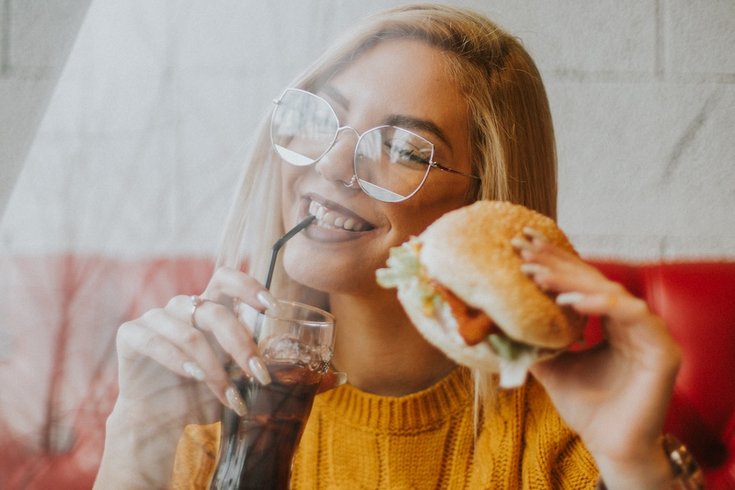 This is why it seems SO easy to overeat junky — but delicious — foods.

Even the healthiest of eaters indulge in a “treat” — whatever that may be for them — every once and a while. But when that indulgence occurs, it can be hard to pull back the reins. It tastes SO good!

Now, researchers may have discovered why.

Researchers at the University of North Carolina Health Care in Chapel Hill were able to identify the specific brain circuit that helps explain why it is so easy to get carried away when eating calorie-dense foods. These findings were published Wednesday in the journal Neuron.

According to the researchers, this circuit – a population of cells in the amygdala – is a product of evolution. Back in the caveman-era, calorie-rich foods and meals were not all that common. So, our brains became hardwired to scarf down as many calories as possible in one sitting because there was no assurance that it would happen again any time soon, according to a news release on the study.

"This circuit seems to be the brain's way of telling you that if something tastes really good, then it's worth whatever price you're paying to get to it, so don't stop," said Thomas Kash, Ph.D., a pharmacology professor and co-lead author of the study.

Of course, this is quite clearly no longer an issue for most Americans. We live in a society where 160 million people are either overweight or obese.

For the study, researchers examined two specific feeding patterns in rodents — homeostatic and hedonic feeding. The former involves eating until one is both energized and full, while the latter is the urge to keep eating something — especially if it is “particularly nutrient-dense and delicious,” Medical News Today reported.

Researchers agree that hedonic eating requires the activation of nociceptin, a protein that works as a signaling molecule for the nervous system, according to the study announcement. Further, compounds that work to block nociceptin activity — referred to as nociceptin receptor antagonists — can help control hedonic binge eating, and has no apparent effect on homeostatic feeding.

The goal of Kash and his University of North Carolina team was to pinpoint the specific brain circuits in which the nociceptin blockers work successfully. To determine this, the researchers literally illuminated cells in mice to show what drives nociceptin circuits, the release holds. In doing so, they were able to identify one circuit that became particularly active when the mice were eating indulgent foods. Deleting about half of the nociceptin-making neurons in the circuit cut the bingeing by mice and maintained their weight despite access to rich food, all without affecting their intake of ordinary chow.

While this is a promising discovery, more research is needed regarding nociceptin antagonists. That said, researchers said they feel confident that there is promise for using them to treat obesity, binge-eating, depression, pain and substance abuse in the future.