Dyheam Williams, 18, was arrested for the murder of Jerome Pastore, 52, owner of the Shamrock Deli 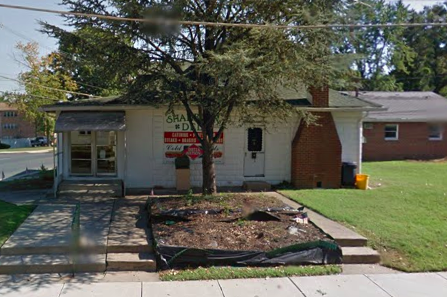 Dyheam Williams, 18, of Lindenwold was arrested and charged in the murder of Jerome Pastore, the owner of Shamrock Sandwich Shop and Deli in Audubon. Pastore chased down Williams after he allegedly stole a tip jar from the shop.

A man has been charged in the fatal stabbing of a deli owner in Audubon, officials said.

Pastore, of West Berlin, chased down Williams after he allegedly stole a tip jar from the deli on Friday, NBC10 reports. Police arrived to the scene after receiving multiple reports around 4:50 p.m. that a male had been stabbed at the deli, located on the corner of South Davis Avenue and Cuthbert Boulevard.

Pastore was found across the street from the store with stab wounds, officials said. He was taken to Cooper University Hospital and was pronounced dead at 5:07 p.m.

Williams was arrested at his home in Lindenwold. He is currently being held at Camden County Jail pending a pretrial detention hearing.

A GoFundMe campaign for Pastore's family and funeral costs has raised over $25,000 as of Sunday afternoon. The community has also organized a vigil for Pastore, which will take place on Monday at 7 p.m. at the Shamrock Deli.