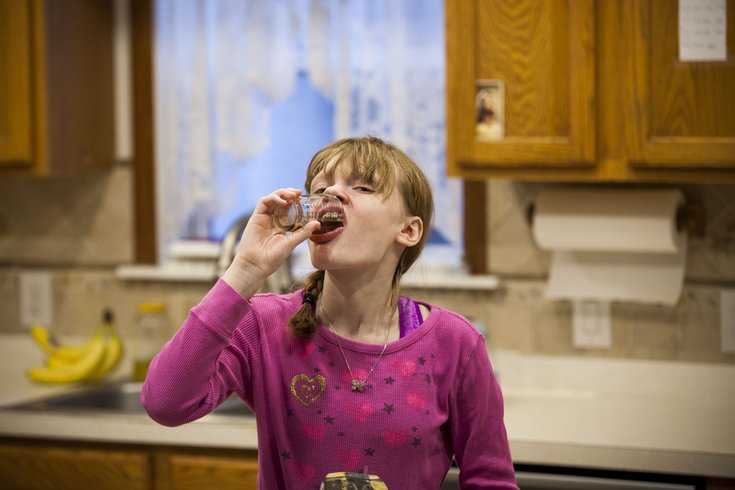 Genny Barbour takes a dose of cannabis oil just before dinner in November 2015.

A New Jersey appeals court has told the Christie administration it must reconsider its classification of marijuana because its medical health benefits are "abundantly and glaringly apparent now."

The ruling rests in large part on South Jersey resident Genny Barbour, a teenage girl with autism who suffers from seizures.

PhillyVoice told the story in November 2015 of how medical marijuana had improved the lives of Barbour and her Maple Shade family.

She won the right to use cannabis oil at school to control her seizures earlier that year.

The appeals panel ruled the Division of Consumer Affairs should review marijuana's Schedule 1 classification, a classification in place for 45 years.

The drugs in that category don't have an "accepted medical use," the court noted, and include LSD.

There are now 15,490 registered medical marijuana patients in New Jersey, according to the state Health Department.

While the decision does not on its face change marijuana's legal status, the review sets the stage for possible legalization of marijuana under the next governor, who will be elected Tuesday.

The state for now has said it plans to appeal the decision, though that could change under a new governor.