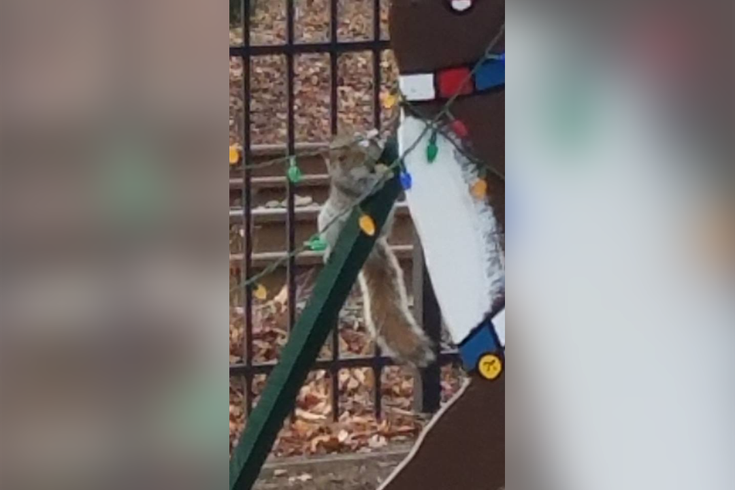 This squirrel chewed through the Christmas lights in Sea Girt, New Jersey.

Police in Sea Girt, Monmouth County, originally thought vandals had cut the wires on the town's Christmas lights, which were repaired in time for a ceremony on Friday.

Nope. Turns out some Scrooge/Grinch/insert Christmas villain of a squirrel was caught on camera chewing through the lights, police said in a Facebook post Saturday.

Police said the squirrel "was charged with criminal mischief and released on bail." (Ha! Get it? Just like if a human had been charged with a crime.)

Authorities told NBC4 that this is the second recent act of vandalism in the town, as about a week ago pumpkins were smashed outside of an Italian restaurant. If a squirrel also was capable of that, residents should be very, very worried.