By Dr. Thomas A. Cavalieri 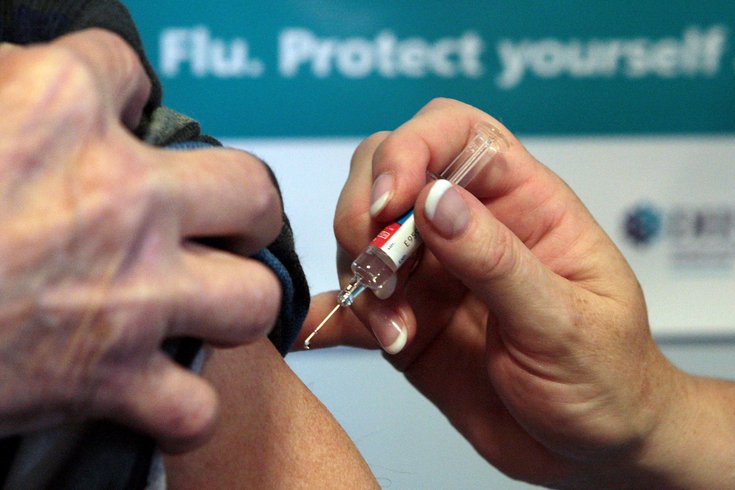 New Jersey lawmakers are considering legislation that would limit vaccine exemptions for public school children. Above, a person receives a flu shot.

As a physician and educator, I’m troubled by the ongoing battle over immunization requirements for New Jersey’s schoolchildren.

Since the smallpox vaccine was invented more than 200 years ago, vaccines have prevented millions of illnesses and deaths due to communicable disease. Advances in modern medicine have afforded New Jersey parents the luxury of believing their children will never contract vaccine-preventable ailments now all too common in other parts of the world.

That luxury, however, is now threatened by rising numbers of unprotected children in the state, particularly of parents who are claiming religious exemptions as a reason for not getting their children vaccinated when the great majority of religions, if not all religions, do not forbid vaccines.

Last year, nearly two decades after the United States eliminated measles within its borders, New Jersey counted 19 cases of the highly contagious and potentially fatal disease. Most were in Ocean County. With an overall vaccination rate hovering around 92%, Ocean County children can no longer count on their classmates to protect them from the spread of vaccine-preventable communicable illness.

That’s a tragedy in waiting.

What’s most concerning is the lack of protection for vulnerable patients, those who cannot be vaccinated due to their tender age or medical conditions. A child undergoing chemotherapy treatments for months on end must rely on her community to keep her safe from measles. A youngster dangerously allergic to a vaccine component can only be protected by the rarity of that disease.

Without prompt action by the New Jersey legislature, the threat of harm will only increase. Last year, more than 15,000 schoolchildren in New Jersey went to class without meeting all immunization requirements, according to New Jersey Annual Immunization Status Reports data sent by schools to the New Jersey Department of Health. More than 9,000 of those students enrolled in pre-kindergarten, including at least 700 kids who could not be vaccinated due to their medical conditions.

I applaud Senate President Steve Sweeney’s bill, S902. This vital legislation will strengthen the health of our population and safeguard another generation from the viral and bacterial enemies we’ve already conquered. It’s the right thing to do.

Dr. Thomas A. Cavalieri is the dean of Rowan University's School of Osteopathic Medicine.