Crystal Passante, 26, was pregnant at the time of her disappearance 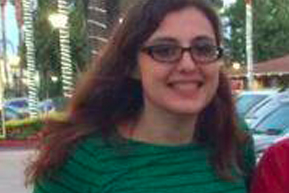 Crystal Passante, 26, went missing in July shortly after moving back to New Jersey from California.

The body of a New Jersey woman who went missing in July and was pregnant at the time of her disappearance was officially identified earlier this month after her remains were found in a Newark building in September, a family member confirmed on Thursday.

Crystal Passante, 26, of Secaucus, was last seen July 16 on Ferry Street in Newark after telling her father she wanted to be left alone, according to NJ.com. In August, Passante's mother, Alice Scola, told the New Jersey Journal that she had recently moved back to New Jersey from Milpitas, California, joined by her brother, before she went missing. She first moved to California to live were her boyfriend and his family after she gave birth to her daughter.

According to a notice seeking information while she was missing, Passante moved back to New Jersey because she encountered mental health issues after becoming pregnant and wanted to improve her life.

On Sept. 18, police in Newark found a decomposed body inside an old building, but the body was not identified until Oct. 13, when dental records confirmed it was Passante, the family member told NJ.com.

An autopsy revealed that Passante had been five months pregnant and had a miscarriage, according to her aunt, Nicole Romano. While no foul play is suspected, an official cause of death is pending the results of a toxicology report.

Romano said that the family was told Passante had likely been in the building for a long time, possibly since the time of her disappearance. The family has not yet received the body or confirmed arrangements for a funeral.