Five free agent cornerbacks the Eagles could (should?) consider signing before training camp 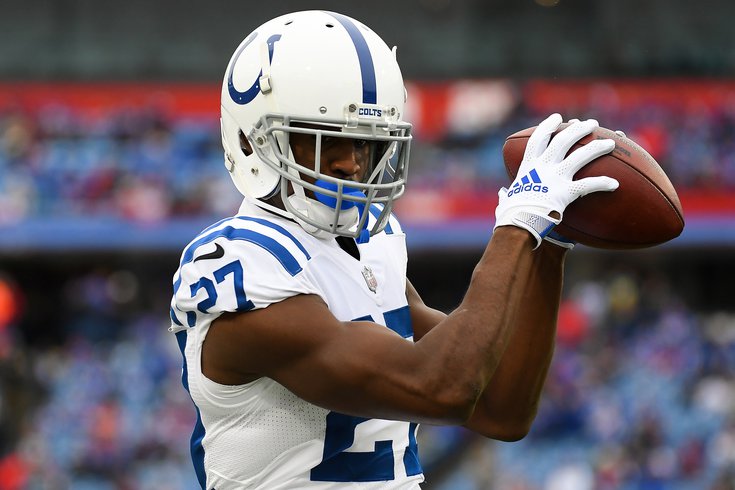 Xavier Rhodes needs a job, and the Eagles need a corner.

The Eagles decided not to address defensive back in the draft two weeks ago, and as a result there is a bit of a drop off from Darius Slay, the No. 1 CB and Avonte Maddox, their slot corner to whomever will start as the CB2.

In-house candidates to start in the role for the Eagles include Zech McPhearson, Josiah Scott and Andre Chacherie. Not encouraged by those names? There are some tried and true starters still available via free agency, and this late in the game they could surely land someone on a one-year deal, as they did last season with Steven Nelson before training camp.

With around $10 million in cap space to play with, here's a look at five corners they should be able to ink if they want to before the season kicks off this fall:

Rhodes is a relatively big corner, 6-foot-1, 200 pounds, and he has a veteran pedigree with 13 picks over nine seasons. He's atop our list because he happens to have a connection with Eagles defensive coordinator Jonathan Gannon during their time in Minnesota, and at this late stage it would make sense to pair the two together again as Rhodes would likely have a shorter offseason program with the Birds. He is 31, a three-time Pro Bowler and has been relatively healthy during his career.

The Giants recently cut Bradberry, a ball hawk who has 15 interceptions in six seasons with New York and Carolina before that. Bradberry, like Rhodes is also a bigger guy at 6-foot-1, and he's probably the most talented corner still available, in his prime still at age 28. The price for Bradberry could be the highest of the available options, but with a secondary currently serving as the weak link for a much improved team, perhaps Howie Roseman elects to make a big swing before camp opens.

King is a big bodied corner at 6-foot-3 and a former second-round pick, currently looking for his next gig after five seasons with the Packers. His talent is clear, but injury issues have cost him a bunch of games over his career. He's a player who'd be eager to take a one-year, prove it kind of deal and he could be had on the cheap. He is also 27.

Fuller is a guy who has some Eagles ties going back a few seasons when he was a trade candidate during his time with the Bears. He was the 14th-overall pick back in 2014 and since then has carved our a career as a ball dominant corner, collecting 19 interceptions including seven in 2018, and two All-Pro selections. He just turned 30, but could be a great addition to a young defense.

Hargreaves is a former first round pick — going No. 11 overall in 2016 — but he has come up short of the expectations that carried over five seasons, playing for Tampa, Houston, Cincinnati and then Houston again. He is just 26, but is coming off a down year last season where he allowed an opposing QB rating of 115.2. Having him compete for a starting job in camp could help boost the secondary as a whole.