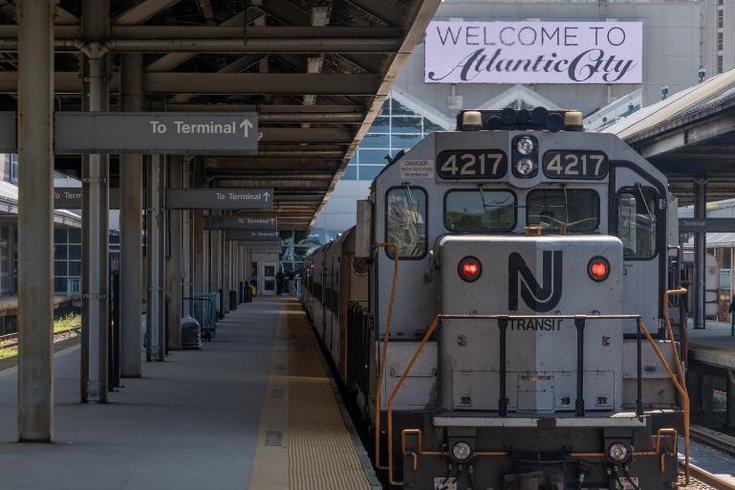 A train on the Atlantic City Rail Line is seen above stopped at the station in Atlantic City. NJ Transit officially resumed service on the ACRL on Sunday, May 12, 2019. Its trains carry passengers between Philadelphia and Atlantic City.

NJ Transit reopened service on trains between Atlantic City and Philadelphia on Sunday after months of the service being suspended.

Service on the ACRL has expanded from three to five trains departing before noon from Atlantic City to Philly to account for morning rush hour. The wait times between trains also will be reduced to no more than two hours between trains during daytime service.

The line had been closed since September 2018, following a collision between a train and a motorist that killed one person and left another injured.

NJ TRANSIT Executive Director Kevin Corbett and executive staff are at Atlantic City Rail Terminal welcoming customers back onto the ACRL. Thank you to our customers for their patience as we worked to get the ACRL restored.

Dinky service between Princeton University and Princeton Junction also reopened this weekend. It had been closed since October while that line had a safety system installed, as well.